A tale of two nines for Bryan 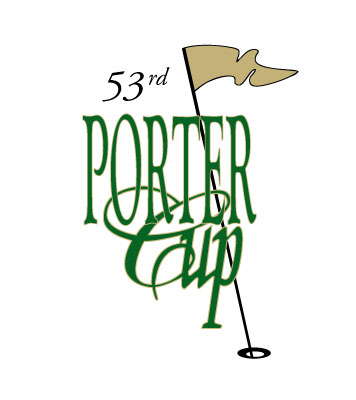 Wesley Bryan shredded the front nine at Niagara Falls Country Club on Saturday, carding birdies on the first four holes and two of the next four. Bryan made the turn at 6-under 29 for the round and was leading the 53rd Porter Cup by three strokes at 14-under.

“I made pretty much every putt I looked at on the front nine, with the exception of one or two,” Bryan said after losing the tournament to Patrick Rodgers in a sudden death playoff. “I really putted good on the back nine too. They just didn’t fall when I needed them to.” Bryan missed a short putt for eagle on No. 11, a hole he had eagled in two of the first three rounds. He then made bogeys on the 13th, 14th and 17th holes to post his first over-par nine-hole score of the tournament.

On Friday, Bryan birdied four of the first six holes to put himself in contention. He managed two more birdies and an eagle on the back nine, but a bogey on No. 17 was the lone blemish on his tournament-best round of 63. And, of course, it was one of the extra strokes that ultimately cost him the championship.

Today, the long par-4 17th hole that tormented Bryan reverts back to being the No. 8 hole at NFCC. The club’s board of governors flipped the nines this year. Since players can be sent off the new first tee (No. 10 at Porter Cup) by the pro shop, the club saves money by not having to pay for a starter.

The new front nine is also easier to navigate for older players that prefer to play only nine holes.

“The flopping of the nines was a little in-house controversy,” said Marty Schimmel, a member of the Porter Cup executive committee. “I was a firm believer in keeping them the way they were. But at the end of the day, it doesn’t really matter for the members. It did save the club a few dollars.”

Schimmel said there will be ongoing discussions about flipping the nines for Porter Cup play, but he is hopeful the tournament sticks with its traditional hole order. Tournament director Steve Denn feels the same way. The nines were switched for one Porter Cup in the late 80s and quickly switched back because organizers believed the traditional final three holes were ideal for competitive purposes. That No. 18 was used for Saturday’s sudden death playoff only reinforces this notion.

Williamsville native and three-time Porter Cup participant Jake Katz wouldn’t mind seeing the change, mainly because spectators have to cross a busy street to get from hole No. 17 to 18.

“It’s kind of hard for people to watch and follow the last few holes,” Katz said. Katz also noted that the eighth and ninth holes, both long par 4s, would make for a good finishing stretch. Bryan agreed.

Katz, the local darling and 54-hole leader last summer, got off to a slow start earlier in the week and never picked up the pace in his third and final Porter Cup. He shot an even-par 70 on Saturday and was 1-over for the tournament.

“The first two rounds were not my best. I played the par-5s even for the first two rounds and that’s not very good,” said Katz, who had his father, Jeff, caddying for him on Wednesday and Thursday, but carried his own clubs in the final two rounds. “Last year I had an eagle in every round. This year I had no eagles. Out here, you have to make a couple eagles to keep going up that leader board.” Katz recently graduated from Binghamton University and will be turning professional after the U.S. Amateur. He plans to try and qualify in a Nationwide Tour event, and possibly a Canadian Tour event, before going to PGA Q School in September.

Before playing in the Porter Cup, Katz tried to qualify four times, and always has had an affinity for Western New York’s premier golf event.

“I’ve played a lot of other big amateur stuff and the support at this tournament is amazing,” he said. “Its a great tournament and its nice that everyone came come out and watch. Every time I saw somebody this summer, they said, ‘When is Porter Cup?” Hopefully, I can build on it and have something else to be know for.”

It’s now been 46 years since a local won the Porter Cup. That Katz was even in contention last year was considered a novelty. And even though he struggled this week, Katz was still posted the lowest scores among locals.

Katz said local players are at disadvantage against players from warmer climates who can compete year-round. But he hopes a local can break through some year.

“You would like to think you could get somebody who has played this course a bunch like I did, and a kid who is really hungry and really wants to play and grew up watching this tournament like I did,” he said. “I think they can be competitive, but they’re going to have to work their butt off that’s for sure.”

The other locals in the field were Clarence’s Matt Stasiak (8-over), Lewiston’s Michael Boss (13-over), Williamsville’s Kenneth Riter (24-over), and Buffalo’s P.J. Alterio (29-over).

Alterio got into the tournament by finishing second in the NFCC championship. The winner, Porter Cup veteran Fred Silver, vacated his spot because he is playing in the Senior British Amateur.

Even if the nines stay the same, NFCC will look a little different for next year’s Porter Cup. The club is currently reconstructing hole No. 2, which led to a large area of ground under repair in the fairway this year. The new hole will make the course longer and should be ready for members to play in September, Schimmel said.

The new hole and four renovated greens are part of a comprehensive redesign by golf course architect Tripp Davis, who played in his 10th Porter Cup this week, and won the William McMahon Award as low mid-amateur. Davis placed 25th with a four-round score of 5-under.

To get more sunlight and airflow on the renovated greens, about 30 trees were removed from the course.

Defending champion David Chung has struggled all summer, and that continued at the Porter Cup. Chung shot 78 on Saturday and finished tied for 72nd at 11-over for the tournament. … Dylan Frittelli shot 65 on Saturday to finish at 11-under, tied with Paul Haley, the tournament leader after the first three rounds, for third place. Frittelli was part of the winning teams at both Monday’s par 3 event and Tuesday’s Ham-Am. “He’s leaving Niagara Falls with a whole lot of hardware,” Denn said. … Julio Vegas and Max Homa both shot 64 on Saturday for low-round of the day honors. … The top 25 finishers gained exemptions into next year’s field.