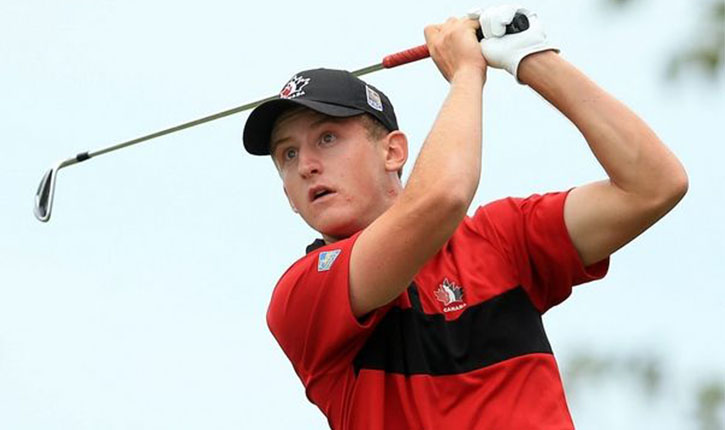 Back in 2011, John Peterson came to the Porter Cup after making some bold claims.

A free spirit from Fort Worth, Texas, Peterson claimed “the top guys in college, the top 20 or 30 guys, can beat the top 20, 30 guys on the PGA Tour … if given the opportunity.”

As far as controversies go in the golf world, a small one erupted. Peterson’s comments felt like a reach when he said them, and should still be classified as such. Not since Phil Mickelson did it in 1991 has an amateur won on the PGA Tour. But some recent performances by amateur players do make them worth revisiting. 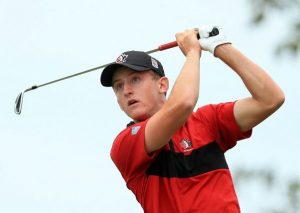 The latest example came over the weekend at the PGA Tour’s RBC Canadian Open, where 21-year-old amateur Jared du Toit went into the final round of his national championship as part of the last group, trailing leader Brandt Snedeker by only one shot.

He couldn’t finish the Cinderella story, closing with a 1-under-par round of 71 to finish in a tie for ninth place.

“To not have my best stuff and still shoot under par out here, the final round of the Canadian Open, feels pretty good,” du Toit said.

Blair Hamilton, a teammate of du Toit’s on the Golf Canada National Team, echoed Peterson, “I’ve always said, the best amateurs in the world, if they’re on their game, they can beat anybody.”

Which brings us to this week’s 58th Porter Cup at Niagara Falls Country Club. Some of those amateurs, including du Toit, will be in the field.

In her first year of putting together the field, assistant tournament director Cassie Stein has rounded up 17 of the top 100 in the Scratch Players World Amateur Ranking.

“It’s been a really exciting year,” Stein said. “I’m very grateful they’ve given me the opportunity. “Being out on the recruiting trail, talking to players, it’s been a lot of fun.

His performance at the Canadian Open rocketed du Toit to No. 6 in the world, making him the highest-ranked player in the field.

Here are nine more players, in alphabetical order, who can be considered top contenders for the tournament, which begins Wednesday:

Just once in Porter Cup history has there been back-to-back winners from the same school, with Bard and McCarthy looking to join Georgia’s Brian Harman (2007) and Adam Mitchell (2008).

“Gavin Hall. You’ve got to start with him first,” Stein said of this week’s contenders. “It’s his fifth time here and he hasn’t finished outside the top 10, so that’s got to say something. I would definitely put him on everyone’s radar.”

A total of seven countries are represented in this year’s field. There are 10 players from the Buffalo area in the field, including Nicholas Morreale, the latest entry by way of his recent victory in the Niagara Falls CC championship.

Add in the three players from the Rochester area, including Hall, and this year’s tournament will have a slightly more local feel than in the recent past.

“I think it definitely increases interest,” she said. “It brings more people out here and gets more eyes on the tournament. … There’s so many players on a hot streak now that are local.”

Included on that list is David Hanes, who after qualifying for a spot in the Porter Cup went on to win the International Junior Masters earlier this month.

McCarthy isn’t in the field to defend his title because he turned pro at the end of last summer and is currently on the Web.com Tour. He earned his victory with a par on the first playoff hole over Carter Jenkins, who has also started a professional career.

That’s been the story for several top amateurs this year, largely because the Walker Cup isn’t on this year’s calendar. Generally, the best amateur players delay turning professional so that they can compete in the amateur version of the Ryder Cup.

Without that option this year, players like DeChambeau have turned pro.

Nevertheless, Stein is excited about her first field.

“There’s a lot of good players,” she said. “You could name anyone and I’d say they have a chance to win.”

Stein focused on player recruitment as the tournament underwent a change in leadership following last year’s event. Steve Denn stepped down after 15 years as tournament director, with Dena Armstrong and Michael Vitch taking over as co-tournament directors.