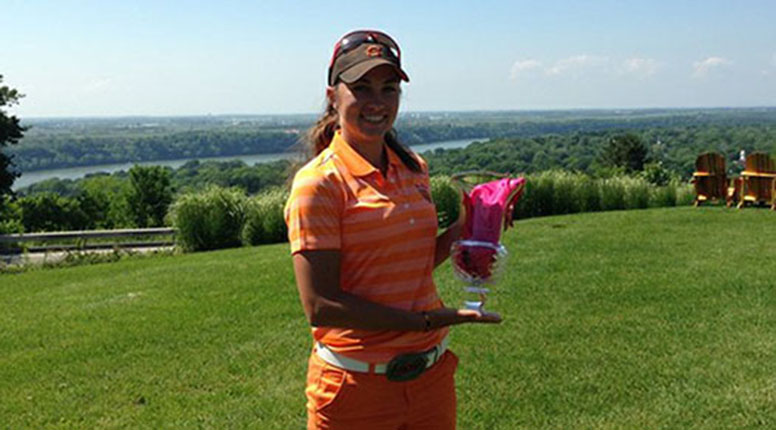 It’s going to be a busy two weeks for Casie Cathrea.

On Saturday, she will travel back to her hometown of Livermore, Calif., will graduate from the Venture School on Wednesday and then returns to the East Coast to play in the U.S. Women’s Open at Sebonack, which begins June 27.

Cathrea began that tour with a victory at the inaugural Women’s Porter Cup. The incoming Oklahoma State freshman shot a final-round 2-over 73 on Friday to win the rain-shortened tournament at Niagara Falls Country Club. She finished with a 36-hold total of 4-under 138.

“It’s awesome. It’s amazing,” Cathrea said. “It’s a big honor to be the first winner of the Women’s Porter Cup.” 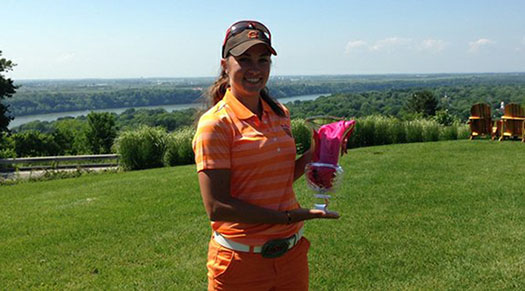 She dropped a shot on the par-3 16th but got it back on the following hole by lipping out for eagle from 18 feet. Cathrea tapped in for birdie.

Cathrea made the turn at 7 under and had a six-shot lead over Samantha Troyanovich and Prima Thammaraks.

Then she started the back nine par-bogey-bogey. Cathrea said she wasn’t nervous, but needed to get her head back in the game.

She made five consecutive pars leading up to the par-4 ninth. Cathrea hit a drive right down the fairway, and, with help from caddie and dad Harry, decided to club up to get to the green. She pulled a hybrid instead of a 4-iron and flew the green.

Now that tournament play is over for the week, Cathrea can focus on her graduation speech – something that does have her a little nervous.

“Giving a speech is more nerve-racking,” Cathrea said when asked to compare public speaking to golf. “I’d rather play golf in front of 100 million people than give a speech.”

It won’t be 100 million people, but she’ll get that chance to play in front of lots of people in Southampton, N.Y.

“I just want to start that week,” Cathrea said of the U.S. Women’s Open.

The ninth-ranked junior in the Golfweek Rankings also has her eyes on a spot on America’s Junior Solheim Cup team. She represented the U.S. less than a year ago at the 2012 Junior Ryder Cup.

After the Open, she’ll play in the U.S. Girls’ Junior – where she fell in the quarterfinals in 2012. She plans to play in one or two more events before a hopeful Junior Solheim Cup appearance in August. Then it’s off to Stillwater.

If it’s a Junior Solheim spot she wants, Cathrea is off on the right foot this summer – with a victory.