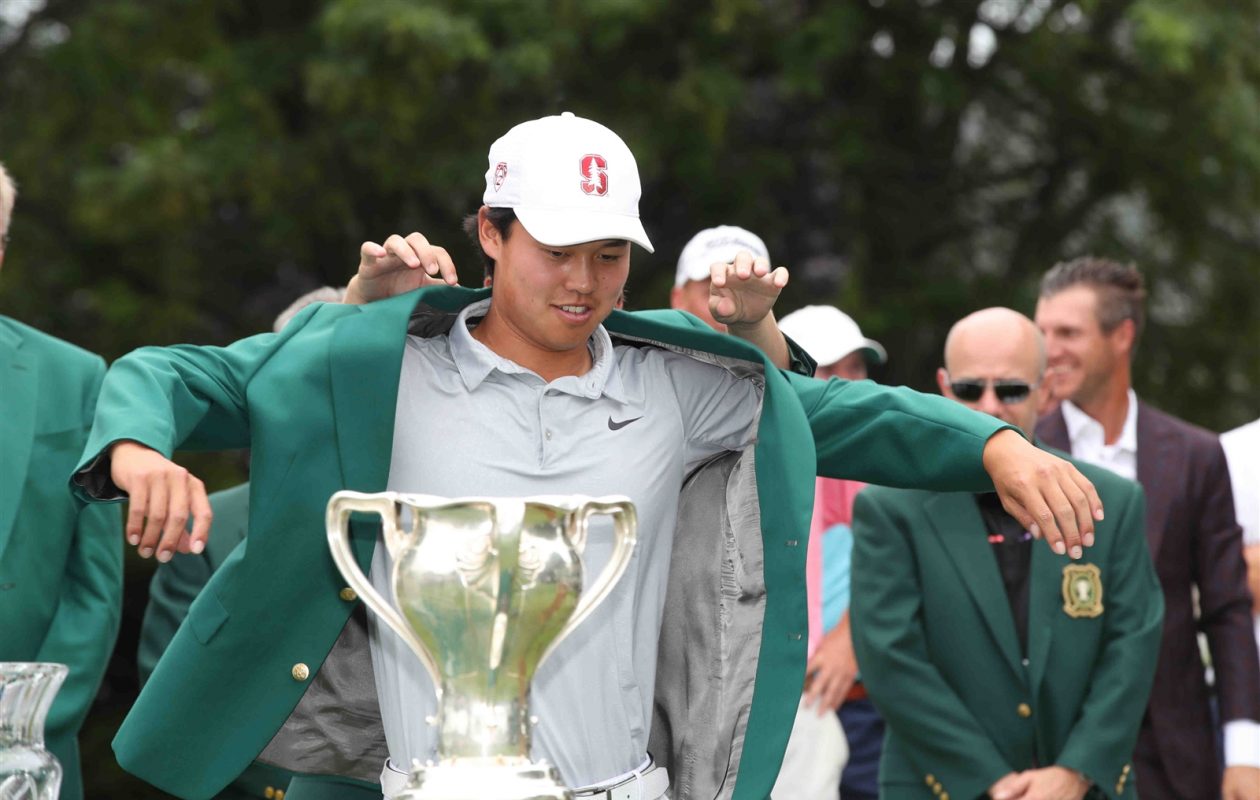 Stanford’s Brandon Wu never stumbled or even wobbled on his march to the Porter Cup golf championship Saturday.

The college junior-to-be shot a bogey-free, 6-under-par 64 on the final round to cruise to a three-shot victory. Wu finished at 11-under 269 in the 59th annual event at Niagara Falls Country Club.

The 64 tied for the third-best final-round score ever by a Porter Cup winner, just a stroke behind the 63s shot by Phil Mickelson in 1990 and Vinny Giles in 1973.

So much for the pressure of being locked in a four-way tie entering the final round.

“To be honest, I didn’t feel too much pressure out there,” Wu said. “I just tried to stay relaxed and kind of play my own game and let it unfold how it did.

Like many in the field of 75, Wu is a golf prodigy. His mom, who followed him all 18 holes, said he showed a skill for both golf and serenity from a young age.

“When he was 9 years old, he played in a tournament and I told him he looks like a pro,” said Xiaobing Zhang. “He was very calm and focused. Even when he was little he had good composure.”

While the final round lacked drama down the stretch, Wu’s performance was awesome in its calm efficiency. He hit 17 of 18 greens in regulation and 11 of 13 fairways. The only approach-shot miss came on the par-5 13th, when his third shot sailed 4 yards long into the rough past a back pin. But he got up and down to save par.

He took the lead for good on the par-3 fourth hole when he hit a 6-iron from 200 yards to 4 feet and made the putt.

Georgia Tech senior-to-be Chris Petefish shot 67 and finished second at 8-under. Texas star and sentimental favorite Gavin Hall shot 68 and finished 7-under. It was the sixth top-eight finish in six Porter Cup appearances for Hall, who will turn pro in the fall.

Wu was born in Danville, Calif., near San Francisco. He moved at age 8 with his parents, both natives of China, to Beijing and lived in that country for five years. He said his father owns a scrap metal import-and-export business.

From age 12 through high school, he attended an elite boarding school in Massachusetts, Deerfield Academy, which costs about $56,000 a year.

Wu was ranked No. 60 in the nation among junior golfers when he committed to Stanford. He had a sensational freshman year, making the Pac 12 all-freshman team. He was second-team All-Pac 12 and the No. 3 player for the Cardinal as a sophomore this spring.

Wu said his travels and his college preparatory experience at Deerfield have helped mature him.

“I think the different experiences you open your horizons a little bit,” he said. “You get to experience different things, see different cultures, see different people. I think you can learn a lot from what other people do really well as well as how they live their lives and see how they’re different.”

Stanford teammate Bradley Knox, who finished tied for fifth at 4-under, said Wu was more ready than most for top college golf.

“He fit right in,” Knox said. “He qualified for the first tournament as a freshman and was in the starting lineup pretty much the entire year, which for a freshman is pretty impressive.”

“He’s the best driver of the golf ball on our team,” Knox said. “Straight, pretty long. He’s always going to put himself in position where he has a chance to attack the pin.”

“Putting has been streaky in the past, but I think it’s starting to come around,” Wu said. “I putted really well today.”

Australian Travis Smyth was fourth at 5-under. Knox shot 65 to tie for fifth with Kent State’s Ian Holt and Canadian mid-amateur Garrett Rank. Defending champion Harrison Endycott tied for 13th. Low Buffalo-area player was Williamsville North graduate Ben Reichert, who tied for 42nd. Reichert said he plans to transfer from East Tennessee State to another Division I school, a move he expects to be finalized soon.