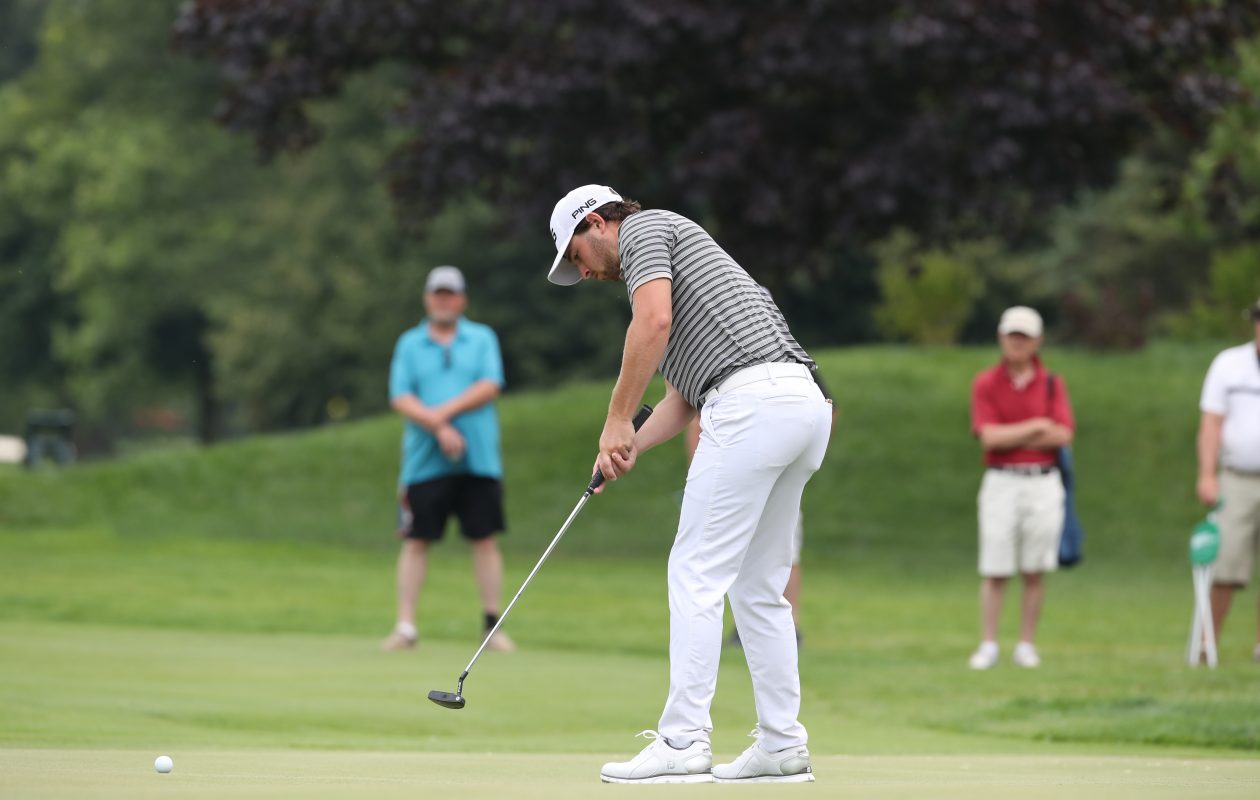 Almost 50 people gathered around the 18th green as Harrison Endycott stood over his final putt of the day, a gimme in front of the cup to finish his round at 4-under. A picture of Endycott, in which he cradles the silver Porter Cup trophy with his left arm and dons a Masters-esque green jacket with a wide grin, sits on a table nearby.

All eyes at the Porter Cup this week are on the 21-year-old Australian, whose vigorous comeback over Gavin Hall in last year’s final round earned him the title. Endycott is the first defending champion to return to the event since 2012 and the second-highest-ranked golfer in the 72-person field this week at No. 16 in the World Amateur Golf Rankings, behind only Argentina’s Alejandro Tosti (No. 12).

Endycott’s place as one of the favorites at the 59th Annual Porter Cup held true after 18 holes on Wednesday, his six birdies the most of anybody on the day. After Round 1, Endycott’s 66 put him in a three-way tie atop the leaderboard with fellow Australian Travis Smyth and Georgia Tech’s Christopher Petefish.

“Obviously it gets hyped up a bit and you are defending, but I was trying to keep that same mindset of trying to win it again, rather than defend,” Endycott said. ” … Very pleased the way I played today.”

Endycott picked up right where he left off last summer at Niagara Falls Country Club, birdieing three of his first five holes, the par-5 third, par-3 fourth and par-4 fifth. Three more birdies throughout the round, mixed in with a pair of bogeys on the par-4 eighth and par-4 14th, have him sitting pretty in his quest to retain his crown.

After the round, Endycott waited greenside for Smyth, his buddy from back in Australia. The two, along with the two other Australians in the field, practice twice a week together in Sydney. Endycott and Smyth often chat in practice rounds about being the final two on the course on any tournament’s final day, how a sliver of competition might then actually sneak in between the two close friends. 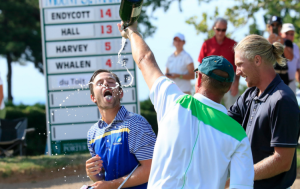 Wednesday’s first round was the first step, albeit a small one, in making that fantasy become a reality.

After Smyth finished in the official scorer’s tent, an elderly tournament volunteer chided him about the competition that might develop between him and Endycott if both continue to shoot well. He brushed it off, claiming that the two are just having fun, but added, “We’re all here to win.”

Once he reached Endycott, the defending champion gave Smyth a soft right-handed punch on the left shoulder and a “Good stuff, bro” after finding out they were deadlocked after 18 holes.

As the pair headed off the course, two elderly men stopped them and pulled out green tournament programs and scuffed-up golf balls. With a black sharpie, the Australians lent their signature to each, Smyth even pulling out a fresh ball from his bag to sign instead.

Last year, Smyth stood next to Endycott as his caddy doused him with champagne after the win, Endycott’s tongue sticking far out of his mouth and Smyth grinning ear to ear. Both were jovial again Wednesday standing side-by-side, their own little golf fantasy still a couple days away but having taken the first step.

“Travis has been playing well,” Endycott said after his round with Smyth, then up one stroke, still on the course. “Hopefully he gets it done this afternoon and has a good week.”

For Endycott’s sake of defending his title, he just has to hope Smyth’s week just isn’t too good.