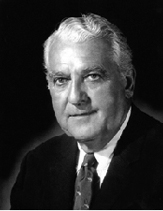 The Porter Cup was first staged in 1959. It was originally known as the International Invitation at Niagara Falls Country Club and consisted largely of businessmen and college students from Western New York and Southern Ontario. John Konsek, a Purdue University senior, overcame a three stroke deficit on the back nine to edge his arch rival, Ward Wettlaufer of Buffalo, by one shot to claim the title.

The following year, the Tournament was expanded from 54 to 72 holes and renamed the Porter Cup in honor of Alex L. Porter, a prominent local businessman who donated the trophy. This new ‘Porter Cup’ honored the winner by presenting him with a green blazer, a tradition adopted from the Masters Tournament.

That the Porter Cup today ranks as one of the top amateur Tournaments in the world, is largely due to the pioneering efforts of Dick Harvey. Mr. Harvey was labeled the Porter Cup’s “master recruiter” as he was deft in luring prominent amateur players to compete. His hard work was recognized in 1968 when NFCC’s picturesque 18th green was named in his honor.

The Porter Cup began attracting more of the top amateur players. The south brought Bill Harvey, no relation to Dick, and he went on to win the Porter Cup in 1963 in a record 77 holes. He became the Tournament’s ambassador of goodwill and good times, not necessarily in that order. More southern players would follow, including Vinny Giles, who would not only win the Porter Cup, but the Harvey Cup for senior players many years later. 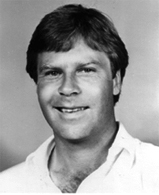 The west coast produced Bob E. Smith, the only back-to-back winner in Porter Cup history, along with Champions Scott Simpson and Bobby Clampett. The state of Texas brought us Ben Crenshaw. And, of course, the east would give us Jay Sigel, a 28-time Porter Cup participant, 3-time Champion, and one of the best amateur players of all time.

Prior to his death in 1978, the torch Dick Harvey had lit and carried through the early years had been passed to his long time friend and assistant, Dr. William McMahon. “Doc”, with help from Dr. Edward Rozek, continued to bring in the best amateur players not only in the United States and Canada, but from Australia and Asia as well. “Doc was a great guy because he had a tremendous respect for amateur golf and took a lot of time to perpetuate it,” said Buddy Marucci, a long time Porter Cup player and a friend of McMahon’s. After his death in 1995, McMahon’s favorite spot on the course- where the third, fourth, sixth and seventh holes are clustered- was dedicated as “Doc’s Corner”. There is a small monument along the cart path to mark the spot. 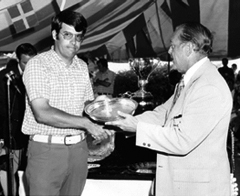 Through the years, the Porter Cup is proud to have hosted many of the greats of the game today. PGA stars such as Tiger Woods, Phil Mickelson, Dustin Johnson, Justin Thomas, Adam Scott, Rickie Fowler, Davis Love III, David Duval, Tom Lehman, Hal Sutton, Justin Leonard and many, many others have perfected their skills at the Tournament.

Now celebrating its’ 60th year, the Porter Cup would like to send a heartfelt thanks to the volunteers, without whom the Tournament would not exist. The guidance of the Executive Committee, the warm hospitality and enthusiasm of NFCC’s membership, and the generosity of our sponsors and advertisers all contribute to making it the elite event it is today.