How the Porter Cup shapes up for Round One

Local players will take the stage early and late as the first round of the Porter Cup commences at 8 a.m. Wednesday at Niagara Falls Country Club. The “feature group” of Jared du Toit, Gavin Hall and Derek Bard puts a peg in the ground at 11 a.m. There is no admission charge for the tournament, one of the main events on the national (and in some cases international) amateur golf circuit. 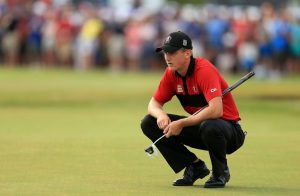 du Toit, a British Columbia native who attends Arizona State, contended into the final round of last weekend’s Canadian Open before placing ninth. He’s up to sixth in the world amateur rankings.

Hall, a Pittsford native, is going into his senior year at Texas. He’s a perennial Porter Cup contender, having finished top 10 in four previous appearances.

Bard was runner-up in last year’s U.S. Amateur. He plays at Virginia.