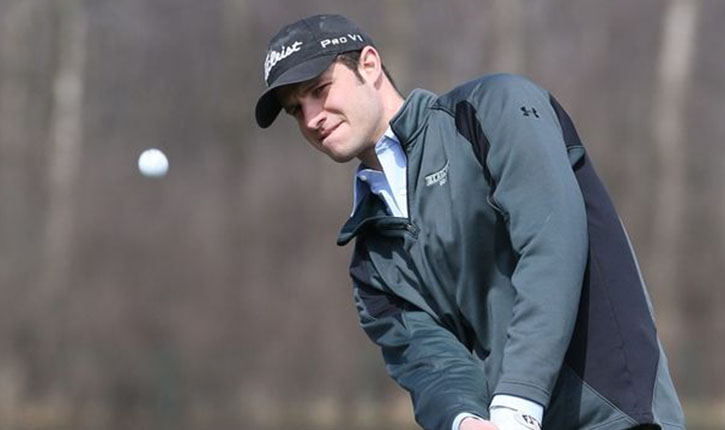 There will be a youth movement of sorts at this year’s Porter Cup.

Of the 76 players scheduled as of the middle of this month to appear in this year’s 57th annual tournament, more than half the field, 39, are playing in their first Porter Cup. Another 18 will participate for just the second time.

That’s simply a sign of the times, according to tournament director Steve Denn.

“They’re turning pro earlier,” Denn said. “The ‘Jordan Spieth factor’ is what we as amateur golf tournament directors have to deal with. He spent one year at the University of Texas, and obviously he’s an extremely talented player, but I think the confidence level of all these players is such that ‘if Spieth can do it, I can do it.’ ”

That means spending four years in college – especially for the elite players – is becoming less of a certainty.

Denn pointed out another good example in Patrick Rodgers, the 2011 Porter Cup champion.

“He vowed that he was going to get his degree from the University of Stanford, and he lasted three years” before turning professional, Denn said. “The pull of the pro game is just too much. Justin Thomas is another guy. He was here for two Porter Cups, but guys staying four years, especially the elite players who have aspirations to play professionally, we’re seeing them go a little bit earlier.”

That has meant Denn finds himself looking more at the results of junior tournaments.

“When I see potential openings that we have in our field, all things considered, if we have a guy who’s a junior versus a guy who’s maybe an incoming freshman, we’re going to lean toward inviting the freshman because we like to have some continuity where we have players visit us for more than one year,” he said. That way players “really get to know their host family and spend some time with them.”

That lure of professional paychecks has also made it more difficult to identify the top-level mid-amateur players, those 25 and older who have no aspirations, or at least have none yet, to turn pro. There are 14 such players in this year’s field.

“Mid-amateurs have kind of – I don’t want to say they’ve gone the way of dinosaur – but they’re becoming more and more difficult to identify,” Denn said. “We want to honor the traditions of amateurism. I don’t think you can do so any more than inviting the mid-amateurs, the ‘career’ amateurs.”

Among the mid-amateurs in this year’s field are well-known local players Jake Katz and Jamie Miller. Katz, 26, has regained his amateur status after attempting a professional career and has the best recent finish among locals, when he tied for 10th in 2010. Miller, 30, is the reigning New York State Golf Association men’s mid-amateur champion.

They will look to become the first local winner in 50 years, since Ward Wettlaufer in 1965.

Here is a list of 10 more contenders, in alphabetical order.

• Derek Bard: A 20-year-old from New Hartford, Bard is the 2015 Sunnehanna Amateur champion. A junior at the University of Virginia, Bard is 26th in the most recent Scratch Players World Amateur ranking.

“It’s nice to see some of these New York guys represent themselves and their schools well on the national stage,” Denn said.

• Ben Eccles: Australia usually sends a strong contingent, and this year is no different. Eccles played in the final group last year, eventually finishing in a tie for fourth place behind countryman Geoff Drakeford. Eccles is ranked 59th by SPWAR. Drakeford turned professional shortly after his victory in 2014 and won’t be back to defend his title.

• Gavin Hall: The 20-year-old from Pittsford is playing in his fourth Porter Cup and has never finished worst than a tie for ninth.

• Scott Harvey: The top mid-amateur in the field, Harvey has had an amazing run over the past year. His victory in the 2014 USGA Mid-Amateur championship earned him an invitation to this year’s Masters. He also traveled to Peru in January and the South American Amateur championship. The 37-year-old from North Carolina, who will play in his seventh Porter Cup, should be a lock to make the U.S. Walker Cup team, which will be named later this summer.

“He’s been riding quite a hot streak,” Denn said.

• Carter Jenkins: A 20-year-old junior at the University of North Carolina, Jenkins has won both the North Carolina and Carolinas amateur championships, the latter his third straight in that event, making him the first player since 1923 with that many wins.

He’s ranked 83rd by SPWAR and is “one of the hottest players in the country right now,” according to Denn.

• Dru Love: The son of PGA Tour veteran Davis Love III, Dru Love is a 21-year-old junior at the University of Alabama. He won this year’s Georgia State Amateur.

• Denny McCarthy: If there were a betting favorite, it would be McCarthy, a 22-year-old from Rockville, Md., who’s making his fifth Porter Cup appearance and would desperately like to win it before turning professional this fall. McCarthy had a pair of runner-up finishes, in 2014 and 2012, and is the highest-ranked player in this year’s field, at No. 8 by SPWAR. Earlier this summer, he made the cut and finished in a tie for 42nd at the U.S. Open.

“I think the top of anybody’s list of hopefuls is Denny McCarthy,” Denn said. “ He loves the event and obviously we love hosting him. He’s a very impressive player and very impressive young man.”

• Will Murphy: The University of South Carolina graduate is the 2014 Sunnehanna champion and is currently ranked 69th by SPWAR.

• Alejandro Tosti: The 19-year-old from Argentina – one of seven countries represented in this year’s field – is ranked 29th by SPWAR and won the 2014 Stroke Amateur championship in his homeland. He’s a sophomore at the University of Florida.

• Danny Yustin: Of the six local players in the field, Yustin has to be considered the one with the best chance. The 22-year-old from East Amherst graduated this year from the University of Hartford. He’s in the field thanks to a tie for 18th place last year (those making the top 20 are invited back). Yustin recently shot an 8-under 62 in the final round of the Eastern Amateur, eventually losing in a playoff to James Clark (who’s also in this week’s field).

“That’s a national-caliber tournament … so to shoot 62 and ultimately finish in second place is pretty impressive,” Denn said. “He’s a pretty exciting player. He’s got a chance.”