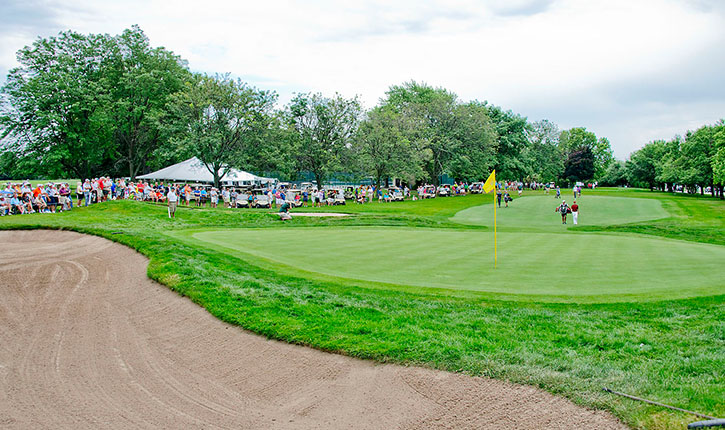 Welcome to the Niagara Falls Country Club, host of the 57th Annual Porter Cup. Each year, the tournament builds on the foundation laid down previously to reach new heights of excellence in amateur golf.

The tournament is pleased to again have a collection of the world’s best collegiate, international and mid-amateur golfers. Top players from the United States, Canada,Australia, New Zealand, Argentina, India and France will be vying to have their name engraved on the Alexander L. Porter Cup.

We would like to thank our Official Corporate Sponsor M&T Bank for their long-time financial support of the tournament. Without our partnership, the tournament simply could not exist in its present capacity and we are excited about continuing our relationship for many years to come.

The Committee would like to acknowledge the membership of the Niagara Falls Country Club for enthusiastically and graciously sacrificing a week of mid-season golf in the spirit of maintaining the wonderful tradition of Porter Cup. Your support of the tournament is greatly appreciated.

We would also like to thank Donna Tomkins, our 2015 General Chairman, and her Committees of volunteers for the dedication and commitment they have displayed to make this special week run so smoothly. Special appreciation is in order for our Grounds Superintendent Dave Meteer and the entire Grounds crew. Head Golf Professional John Boss and his folks in the Pro Shop are to be acknowledged for their efforts and professionalism.

Finally, we are grateful to lead official Mike Murphy and his Committee for returning to NFCC to once again coordinate and enforce USGA Tournament Rules.

We look forward to another successful Championship and hope you enjoy the 57th edition of Porter Cup.