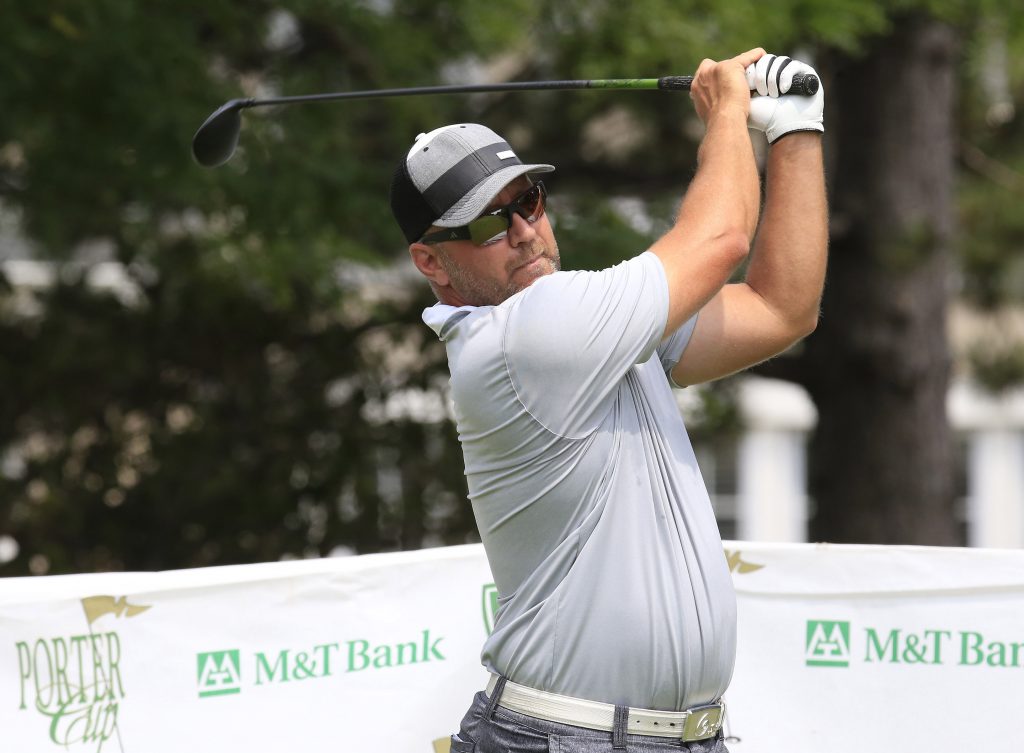 A Niagara Falls native and current resident of Scottsdale, Ariz., Bagneschi caddied for winner Tony Mollica in 1988. He went from carrying clubs to using them this week after advancing through the qualifying tournament last month.

“I played really well in the qualifier,” Bagneschi, 42, said. “I tried to choke it away at the end, but shot 1-under and got through. … This is a fun experience for a guy who plays a couple times a week if I’m lucky. To come home and try to compete with these guys is fun. Get four rounds in and see where the game is.”

Bagneschi is a partner in Insight Land & Investments, a boutique real-estate company that works with land developers and builders in the Phoenix area. He plays two or three times a week and is a scratch handicap.

“It’s something to get the competitive juices flowing,” he said.

Bagneschi graduated from La Salle High School in 1992 and went to Ferris State University. From 1996 to 2000, he worked as a club professional in both Manhattan and Florida during the winter months.

“I’d go down there and play some mini-tour events,” Bagneschi said. “I didn’t have the drive to compete with those guys. It takes a lot, and I wasn’t focused back then.”

He headed west in 2000 to the Phoenix area, and didn’t play for about five years. After picking the clubs back up, he returned to playing competitively about four years ago. He’ll play in a handful of Arizona State Golf Association events and select team tournaments across the country. He’s a member at Whisper Rock Golf Club, the Phil Mickelson-designed course that counts about 25 PGA Tour players as members.

“In the fall, after the Tour season, from Thanksgiving to Christmas, if we’ve got a scratch game with 20 guys, there’s 10 Tour pros, so it’s fun,” he said.

He had attempted to qualify for the Porter Cup “four or five” times before getting into the field. One of Bagneschi’s best friends, Brent Gadacz, is a member at Niagara Falls and the two partnered up for the club’s member-guest tournament. That gave Bagneschi some time to prepare for the qualifier, and he “finally got through.”

Bagneschi opened with a round of 77, then followed up consecutive 75s. He closed his first Porter Cup on Saturday with his best round, a 3-over 73.