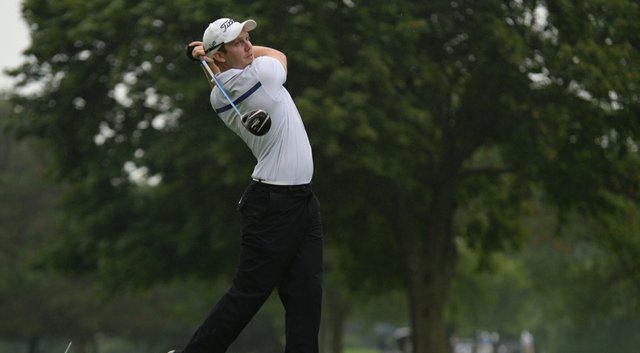 Take advantage when you can is the adage at Niagara Falls Country Club for the 56th annual Porter Cup.

Gavin Hall, who currently sits in second after a second-round, even-par 70, says gaining momentum into the back nine in any given round is crucial if you want to score well out here.

“You have to play Nos. 10-13 really well because the last few holes are tough,” Hall said.

Hall took advantage as he birdied all three par-5s Thursday, but fell victim to the par 3s as he bogeyed three out of five. 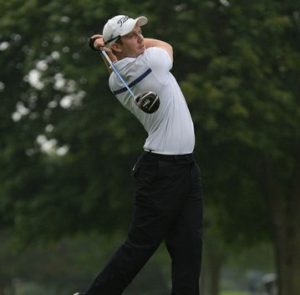 Geoff Drakeford, who earned a runner-up finish last week at the Southern Amateur, shot a 4-under 66 to vault into the lead by one over Hall.

Drakeford, of Australia, is playing in one of his final amateur tournaments before turning professional.

On Thursday, Drakeford got off to a slow start with a bogey at the first before finding his rhythm, especially between Nos. 8-14 – making six birdies and one bogey during that stretch.

Denny McCarthy, a four-year participant at the Porter Cup, echoed Hall’s thoughts on the par 5s.

“Definitely have to hit the par 5s,” McCarthy said. “There are three of them and you want to be under par on those.”

McCarthy shot a “non-flashy,” 3-under 67 that was good enough for a tie for third after 36 holes.

After playing in the tournament for multiple years, McCarthy added that he knows where and where not to hit it on the course because of his experience here.

McCarthy, a rising senior at Virginia, held the clubhouse lead for five minutes before Hall posted his score and Drakeford later in the day.

The 21-year-old also added that if you want a low score out here, you then need to “sprinkle in a few other wedge shots in there.”

Dale Brandt-Richards (67), of Australia, and Stephane Dubois (66), of Canada, are the other two players tied with McCarthy at 5-under 135.