Porter Cup: A recap from inside the ropes 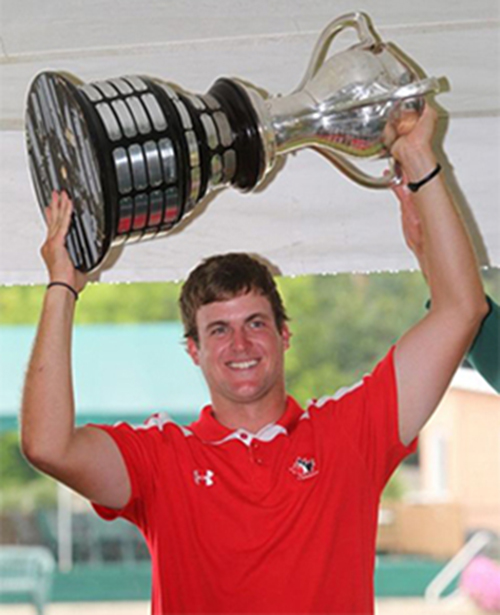 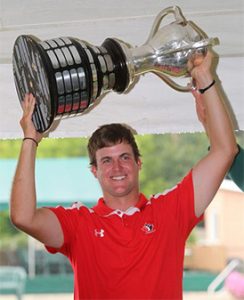 And the winner is: Taylor Pendrith, a 22-year-old from Richmond Hill, Ont., who is a senior at Kent State. Pendrith is only the third Canadian winner of the Porter Cup and the first since Danny Mijovic in 1984. Pendrith’s winning score of 16-under-par 264 is the third-best in Porter Cup history.

Battle for second: Tyler Dunlap, a 20-year-old from Trophy Club, Texas, holed a 40-foot birdie putt on the par-3 18th to finish in second place by himself at 11-under 269, a stroke ahead of Canadian Justin Shin and Australian Brady Watt.

Low round: Toni Hakula, a native of Finland who plays collegiately for the University of Texas, had the low round Saturday, a 6-under 64. That moved him up from a tie for 16th at the start of the day to fifth place, at 8-under 262 for the tournament. Hakula holed his second shot on the par-4 sixth hole for eagle as part of a bogey-free final round.

Oh, Canada: Pendrith showed his roots run to the Great White North during the awards ceremony, when he lifted the Porter Cup up over his head, Stanley Cup style. A short time later, the gathered crowd broke out into an impromptu rendition of his national anthem, “O, Canada.”

By the numbers: The field average of 70.85 strokes was only slightly up from the third round, when it was 70.71. For the entire tournament, the average score of 336 rounds played was 71.17. Saturday’s most difficult hole was the par-3 fourth hole, at an average of 3.40 strokes, while the par-5 third hole was the easiest, at an average of 4.51 strokes.

Up next: The Senior Porter Cup will be contested from Sept. 4-6 at Niagara Falls Country Club.