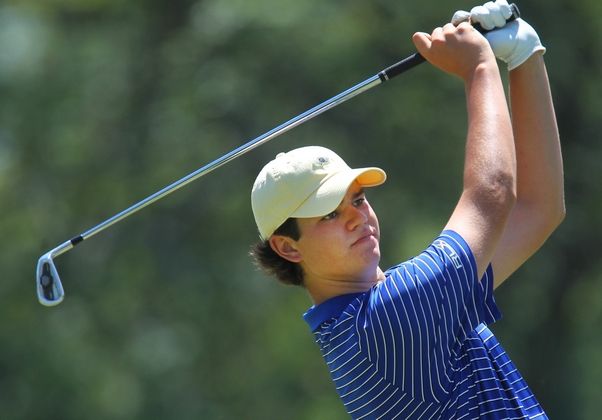 Gone are recent champions like Patrick Rodgers (2011) and Richy Werenski (2012), both of whom have started their professional careers.

Reigning champion Taylor Pendrith also won’t be back at Niagara Falls Country Club this week. Pendrith has accepted an exemption into the field of the PGA Tour’s RBC Canadian Open – understandable on its own, but even more so when considering it’s the Richmond Hill, Ont. native’s national championship.

But as he does every year, Denn has put together another world-class field for this year’s 56th Porter Cup, which runs today through Saturday. Tee times begin at 8:30 a.m. and run through 12:30 p.m. for the 75-player field.

“We’ve got quite a bit of turnover this year — a lot of first-time players — which is certainly something that we’ve seen in many past Porter Cups,” Denn said. “It’s kind of the nature of the beast that we’re in. We’re excited about our field.”

Part of the reason for the transition is 2014 is a non-Walker Cup year. That means several of the top graduating college players – the primary targets for the Porter Cup – are turning professional at the end of the spring, instead of maintaining their amateur status throughout the summer in an effort to make the Walker Cup team. 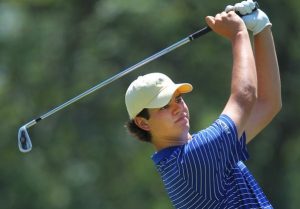 Beau Hossler is returning to the Porter Cup this year after tying for 12th in last year’s tournament.
(Mark Mulville/Buffalo News file photo)

“It has its peaks and valleys with regard to when a Walker Cup is played,” Denn said of the Porter Cup field. “When you look through and see the number of Porter Cups each one of these players has competed in, you’ll see a lot of first time Porter Cuppers – probably a good 65 to 70 percent of the field will be joining us for the first time.”

The RBC also poached one more potential contender from the Porter Cup field in Corey Conners, a 22-year-old from Listowel, Ont. who’s ranked 16th in the world by the Scratch Players World Amateur Ranking.

But enough about who’s not here. Instead, let’s count down 10 contenders for this year:

10. Chase Koepka. The 20-year-old junior at the University of South Florida was a third-team All-American in 2014. His older brother, Brooks, finished tied for fourth at the U.S. Open in June, and made the cut last week at the Open Championship.

9. Mike McCoy. The 51-year-old from Des Moines, Iowa, is more than just a sentimental favorite. McCoy is the reigning U.S. Mid-Amateur (players 25 and older) champion. He’s got the game to hang with the young kids. His 15th Porter Cup appearance is also a tournament record.

8. Garrett Rank. The 26-year-old from Elmira, Ont. – who works as a hockey referee in the winter – is a Porter Cup veteran making his fifth appearance. He finished second earlier this year at the Players Amateur and without Pendrith and Conners is the top-ranked Canadian in the field.

7. Beau Hossler. The 19-year-old sophomore at the University of Texas was an honorable mention All-American this spring. He finished tied for 12th in his Porter Cup debut last year and is ranked 25th by SPWAR.

6. Geoff Drakeford. As usual, the Porter Cup field includes a strong contingent of Australian players – eight in all – led by Drakeford, who at ninth in the SPWAR is his country’s top-ranked amateur.

5. Gavin Hall. The Pittsford native has knocked on the door in his first two appearances, finishing tied for second as a 15-year-old in 2010, then tied for eighth last year. He

4. Christian Bezuidenhout. The 19-year-old from Pretoria, South Africa, is ranked 17th in the SPWAR. He’s making his Porter Cup debut.

3. Will Murphy. The Sunnehanna Amateur champion earlier this year, Murphy is making his Porter Cup debut ranked 28th in the SPWAR.

2. Zander Lombard. At No. 3 in the SPWAR, Lombard is the highest-ranked player in the field. He’s making his Porter Cup debut, as well.

1.Denny McCarthy. The 21-year-old from Rockville, Md., has knocked on the door in his three previous Porter Cup appearances with finishes of tied for sixth and second the past two years, respectively. McCarthy is ranked 14th by SPWAR.

In all, there are eight countries represented in the field.

“We’ll still have a top-12 ranked field in the world, looking at all the events,” Denn said.

The seven local players in the field include Clarence’s Matt Stasiak, who elected not to defend his title in the New York state amateur and play the Porter Cup instead. He’s joined by three players from East Amherst – Raman Luthra, the 2013 Buffalo District Golf Association points champion – as well as Patrick Sheedy Jr. and Danny Yustin. They got into the field through last month’s qualifying tournament, with Sheedy shooting a 4-under 66 to take medalist honors and Yustin finishing second at 3-under 67.

Rounding out the locals are Niagara Falls Country Club champion PJ Alterio, and the player he beat in a playoff for that title, Mike Boss, as well as Jamie Miller.