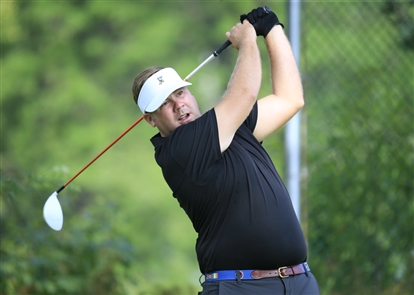 Jamie Miller’s golf game has been in fine shape although by his own admittance the first two rounds of the Porter Cup clouded the truth. Birdies were hard to come by. The short par-5s that invite red numbers confounded. His opening rounds of 75 and 73 were devoid of the magic at hand when he shot 63 a couple weeks back in the member-member at Wanakah Country Club. 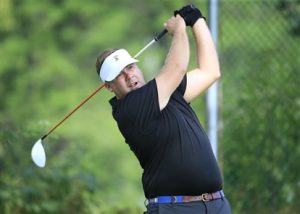 Miller’s game slipped more in line with the recent reality Friday at Niagara Falls Country Club. Although deprived of two birdie chip-ins on lip outs, include one on 18, Miller shot a 1-under 69 to leap a few spots up the leaderboard with a 54-hole score of 217.

“I feel OK about it, felt like it could have been a lot better,” said Miler, 31, a Silver Creek native who resides in Orchard Park.  “I’ve been playing well except for the first two rounds so I can’t really complain. I haven’t really taken advantage of the par 5s. I’ve probably played them close to even-par and it kills you, because all of them are reachable. Today I had 230 into 13 and I par.  You keep doing that and you’re not going to shoot a very good score.”

The summer’s far from over. Miller will play a U.S Mid-Amateur qualifier on Tuesday in Pittsford and the New York State Amateur. Good showings would position him to realize his goal of a berth on the three-man state USGA team that will compete in a September national competition in Birmingham, Ala.

“So I’m trying to play so I can hopefully get picked for that.”