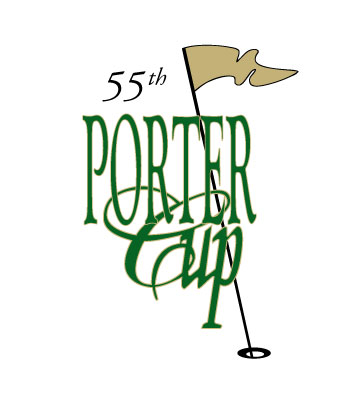 LEWISTON  Tyler Dunlaps 40-foot birdie putt on the 72nd hole of this years Porter Cup had barely stopped rattling around in the bottom of the cup before he was already thinking about next year.

That bomb on the 18th green gave Dunlap a solo second-place finish, at 11-under 269. In his two Porter Cup appearances, hes finished second and tied for fifth.

Playing in upstate New York holds a special place in Dunlaps heart, because it gives his grandparents a chance to see him.

Its hard to have a bad time when theyre following me, said Tyler Dunlap. Theyre incredible. Theyll walk all 36 holes with me at tournaments during sectional. I just hope I have a pulse when Im 85. My grandpa, he keeps shooting below his age. Its unbelievable.

Dunlap will head to Hamilton on Monday to play in a qualifier for the U.S. Amateur at Seven Oaks Golf Course. His chances Saturday in the Porter Cup came undone because of a leaky driver.

The only fairway I hit today was No. 5, he said. My misses werent 5 feet from the rough or anything, either. I just kept missing fairways, and when you miss that many, youre not going to have many birdie putts.

Considering the way he drove the ball, Pendrith was happy with his final round of 1-under 69. When his birdie putt dropped, he waved his cap to the appreciative crowd.

I have to iron those things out and be a little more consistent, he said. Im already looking forward to coming back here next year.

Dunlap had an interesting moment on the 13th green. After placing his ball marker, he tapped it down with his putter. The mark, though, stuck to the bottom of his putter.

Dunlap summoned a United States Golf Association rules official to figure out how to proceed. Because the ball marker was moved in the process of marking the ball, there was no penalty assessed.

The William C. Campbell award, which is presented annually to the individual who records the low aggregate score in the Northeast Amateur, Players Amateur and Porter Cup, was awarded to Michael Weaver. The 22-year-old senior at the University of California shot a combined 6-under in the three events.

The low mid-amateur player in the field was 34-year-old Nick Gilliam of Gainesville, Fla., who shot 2-under 278 over four rounds.

The low round of the tournament was a 7-under 63 turned in Friday in the third round by eventual winner Taylor Pendrith and Matt NeSmith. The top-25 scores receive invitations to next years tournament, with the cut this year being even-par 280.

Defending champion Ricky Werenski finished tied for 29th, shooting a final-round 72 to finish 2-over for the tournament. Werenski, however, fully enjoyed his experience.

This is the first time that Ive ever really had the chance to defend a title. Ive won some smaller things, but never anything like this, were I could come back and be the defending champion, he said. It was a new experience. Its probably the most fun Ive had. I didnt play the way I wanted to, but this tournament is just awesome.

Werenski will next head home to Massachusetts to play in a U.S. Amateur qualifier on Tuesday.

The best local score was carded by Patrick Sheedy Jr. of East Amherst, at 10-over 290, in a tie for 62nd. One shot behind him was Lewistons Michael Boss, the Niagara Falls club champion, who shot 11-over 291 after a final-round 74 to finish in a tie for 65th. Other local participants, in order of finish, were Lancasters Austin Nowak, Buffalos Michael Carrig, East Amhersts Raman Luthra and Danny Yustin, Orchard Parks Jonathan Clark and Buffalos P.J. Alterio.