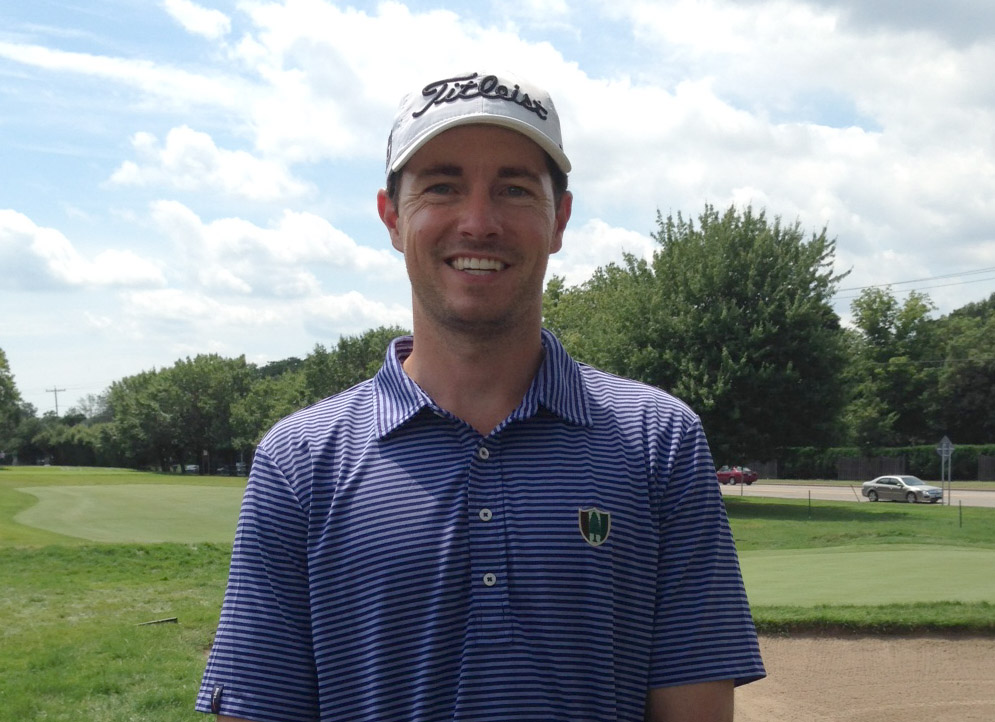 The 29-year-old who calls San Francisco home is truly living the dream.

Back in March, Sawin walked away from his investment-banking job as a vice president with Barclays in Menlo Park, Calif., to reconnect with what he calls his true passion – competitive amateur golf.

“It’s been the best decision I’ve ever made,” Sawin said after the third round of the Porter Cup on Friday at Niagara Falls Country Club. “I didn’t really set any expectations for my golf game when I left work. I just wanted to see what would happen.

“The worst thing that could happen is I don’t play that well and I go back to the same job I had. And I got six months off. How bad could that be? The upside is I could play really great and kind of put myself on the national map and try to do these things year in and year out.”

While this week has been a bit of a struggle – Sawin shot 6-over 76 Friday and is in a tie for 53rd at 7-over for the tournament – there have been plenty of successes, as well. He’s qualified for both the U.S. Amateur and U.S. Mid-Amateur.

“Can I win a U.S. Mid-Am? That would get me into the Masters. Can I be in contention for one of those two Walker Cup Mid-Am spots? That’s stuff I don’t know if it’s realistic until I play a full season and see where I stand,” he said. “I feel like I’m getting comfortable out here. It’s just been a blast, and I’ve really enjoyed my travels. I’ve learned a lot about myself, and it’s given me a fresh perspective on things.”

Sawin graduated from Princeton University in 2007 with a bachelor’s degree in economics. He was a member of three Ivy League championship teams, and named to the All-Ivy League first team three times.

After college, he started his career in Manhattan, pretty much abandoning golf. After relocating to San Francisco, though, he started playing again. Unmarried and without kids – and with the bank account to go along with seven years of long hours as an investment banker, leaving little time to spend the money – Sawin decided in March to leave his job and play in as many amateur tournaments as he could this summer.

“I basically went from 0 to 60 in terms of competitive golf, so it’s a lot,” he said. “I think I’ve made a few scheduling mistakes, just putting things so close together. Staying fresh has been tough.”

Sawin will keep up his busy schedule through October, when he’ll defend his title in the Stocker Cup, in Carmel, Calif.

After that, it will be back to San Francisco to figure out the next step in his life. He’s already got two job offers waiting for him in investment banking.

“I’m not sure if that’s the best fit for me, or if there is some other slightly different career that would allow me to play more competitive golf,” he said. “That’s something I’m going to have to make a decision about. I’ll see how I feel and see how I played.”

Silver Creek’s Jamie Miller was unable to back up a 3-under 67 Thursday in the second round, shooting a 4-over 74 Friday.

Still, being in the field has been a thrill.

“I was really excited, because I haven’t had a chance to play as much with work and all, so it was just really nice,” he said. “It’s been awesome.”

Miller works as a financial advisor for Morgan Stanley. He joked that his co-workers probably think he plays a lot, but that he’s only getting a round or two in per week. Coming from that to competing with the best amateurs in the world is quite a change.

“It is, but it’s kind of like riding a bike,” said Miller, who plays out of Tri-County Country Club. “You don’t really forget, but you make more little mistakes, so you’ve got to try to minimize those as much as possible. I’m sure everybody that’s a mid-am can vouch for that. You get rounds like yesterday … then you get rounds like today.”

Miller is in a tie for 39th, at 4-over 214 through 54 holes. The top 25 players in the field get invitations to next year’s tournament, so he has a realistic goal for today.

“I think I can go out and shoot something under par tomorrow and see what happens,” he said.

East Amherst’s Danny Yustin, who plays out of Transit Valley, is the low local player in the field, in a tie for 20th at even par 210 after a round of 2-under 68.

The third round played to a scoring average of 71.55 strokes, the toughest round so far. The par-4 ninth hole, which played into the wind of the Niagara Escarpment, was the toughest hole, at an average of 4.43 strokes. Meanwhile, the par-5 third hole was easy to solve by the competitors, playing to an average of 4.37 shots.