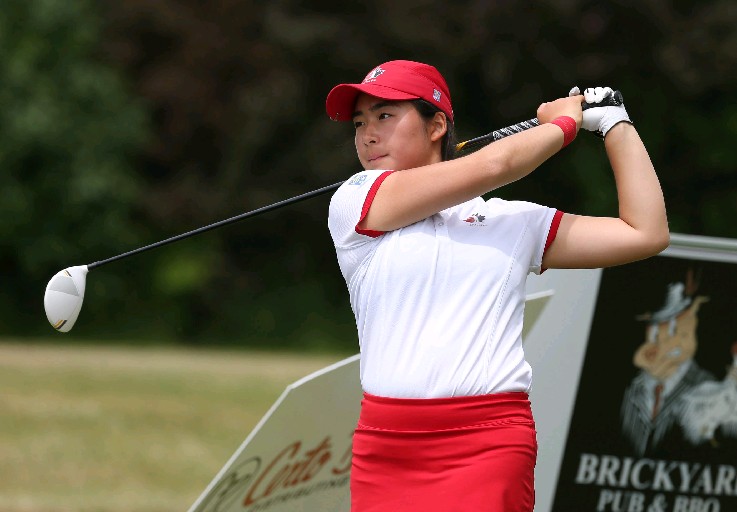 By Matt Schneidman | The Buffalo News

Naomi Ko finished sixth in the 2016 Women’s Porter Cup and will return to Niagara Falls Country Club for Wednesday’s opening round.

The first round of the 2017 Women’s Porter Cup tees off Wednesday morning at Niagara Falls Country Club, with five of last year’s top-10 finishers returning to Western New York for one of golf’s biggest amateur tournaments and the fifth annual edition of the women’s event.

Jaclyn Lee (tied for third), Jackie Rogowicz (sixth), Naomi Ko (tied for seventh), Nikolette Schroeder (ninth) and Valerie Tanguay (tied for 10th) return in 2017 for a chance at the crown held by defending champion Josee Doyon of St-Georges, Québec. Last year, only Doyon carded a final score in the red (-3), with runner-up Princess Superal finishing five strokes back in the three-day event. This will be the fourth straight year the reigning champion doesn’t return to defend her crown.

Two of the top locals in this year’s field are Catherine Peters, from Clarence, and Maren Cipolla, from Lewiston. Peters finished 10th at the 2015 Women’s Porter Cup and tied for 26th last year. She graduated from Michigan in 2016 after being named All-Big Ten second team her senior season for the Wolverines. Cipolla turned in a strong finish at the 2015 event, tying for seventh place, before slipping to a tie for 58th last year. She won the 2016 New York State Junior Championship and just finished her first year on the University of Texas women’s golf team.

This year’s international contingent consists of 21 golfers from Canada and five from the Phillipines as part of the 72-person field. The first group tees off a 8 a.m. Wednesday and the last at noon.