Q & A with Richy Werenski 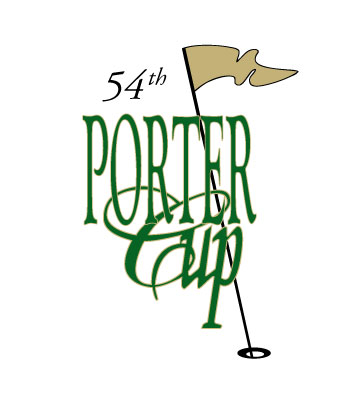 SOUTH HADLEY, Mass. — There may be no other player in the amateur game hotter than Richy Werenski.

The incoming junior at Georgia Tech is fresh off a win at the prestigious Porter Cup and on Tuesday, he qualified for his third U.S. Amateur Championship.

Before he leaves for next week’s Western Amateur, amateurgolf.com caught up with Werenski following his rounds of 69-67 to take second medalist honors at The Orchards Golf Club where he learned the game as a child and junior golfer.

amateurgolf.com: It seems like you’re in a great place in your game right now.

Richy Werenski: I’m not thinking about much on the swing. I’m just thinking about tempo and keeping it light. That has helped me be able to score. Coming off of last week at the Porter Cup, I knew I was playing good. Some people could say I’m tired, but, I mean, you’re playing golf. It could be a lot worse. I couldn’t wait to play today (Tuesday). Even on my days off, I’ll be up here at 7 or 8 in the morning to practice.

AGC: You shot 62 on Saturday at the Porter Cup. Have you ever been that hot?

RW: I’d never gotten that hot in a tournament like that. I shot 62 in a match at school but it wasn’t anything serious, so that was pretty hot at the Porter Cup. For a lot of guys, when they start getting out of their comfort zone they start thinking about it. But I was able to just look at everything and see that it had a chance to go in. I was feeling good and focused more on the process than the swing. If it went in, it went in and then I was on to the next hole.

AGC: You’re name is now on the same trophy as a lot of great Porter Cup winners. How does that feel?

RW: Phil Mickelson, that’s kind of cool. Winning at the Porter Cup means a lot. I haven’t won a whole lot so it was nice to win that. I just love the tournament, it’s been going on for 50 years and it has great history. People who have won have pretty much gone on to do some great things. The win was also good for the Walker Cup next year. My name probably wasn’t on the watch list. After a good Western and U.S. Amateur, it might be.

AGC: What are your thoughts heading into the U.S. Amateur?

RW: I’ve played two U.S. Amateurs. I qualified at Southern Hills in 2009 and at Chambers Bay in 2010. In 2009, I missed match play but in 2010, I made match play and lost to Morgan Hoffman in the second round. I’d love to make match play, which would pretty much be good with me. Once you get to match play, anything can happen. It’s anyone’s game. A lot of things have to go your way. I like match play but it’s tough when you’re focused on stroke play all summer. That’s why I’m going to the Western. Of course I want to win. I know I’m good enough.

AGC: Last year, you had a handful of 2nd place finishes but no wins.

RW: This fall at school I really started getting frustrated knowing I could play so much better. How I was finishing, I started thinking man I haven’t won in two years. But I said to myself, ‘the more times you put yourself out there, the more chances you have.’ I wasn’t happy last year. I’m not even happy this summer. I’m feeling pretty good but I’m still hungry.

AGC: What are your goals in golf?

RW: My ultimate goal is to be on the PGA Tour and be the No. 1 player in the world. Short term, I want to finish out college and be a first team All-American. I think if I go out and play like I know I can play and not let head get in the way, I have it locked up. I have a lot of experience in college situations; it will be tough but I know if I play anywhere near my ability, I can do it.

AGC: What in your preparation has helped lead to your great success?

RW: Last year, I’ve worked more on swing things. Recently, I’ve just been trying to fix my tempo, keep things light and visualize. Trust my swing and wherever it goes, it goes. I know what I need to do subconsciously where I think about it and know what I have to do on the next swing.

AGC: You have a younger brother, Mickey, who is a great player, too.

RW: I’ve never met somebody who loves the game more than him. He’s not had the best year. He had a huge growth spurt and is 6-foot-3 now. He practices so much, it’s only a matter of time for him. He’s a senior at Heritage Academy and will play the next year at Texas A&M.