Thomas looks to rack up another win 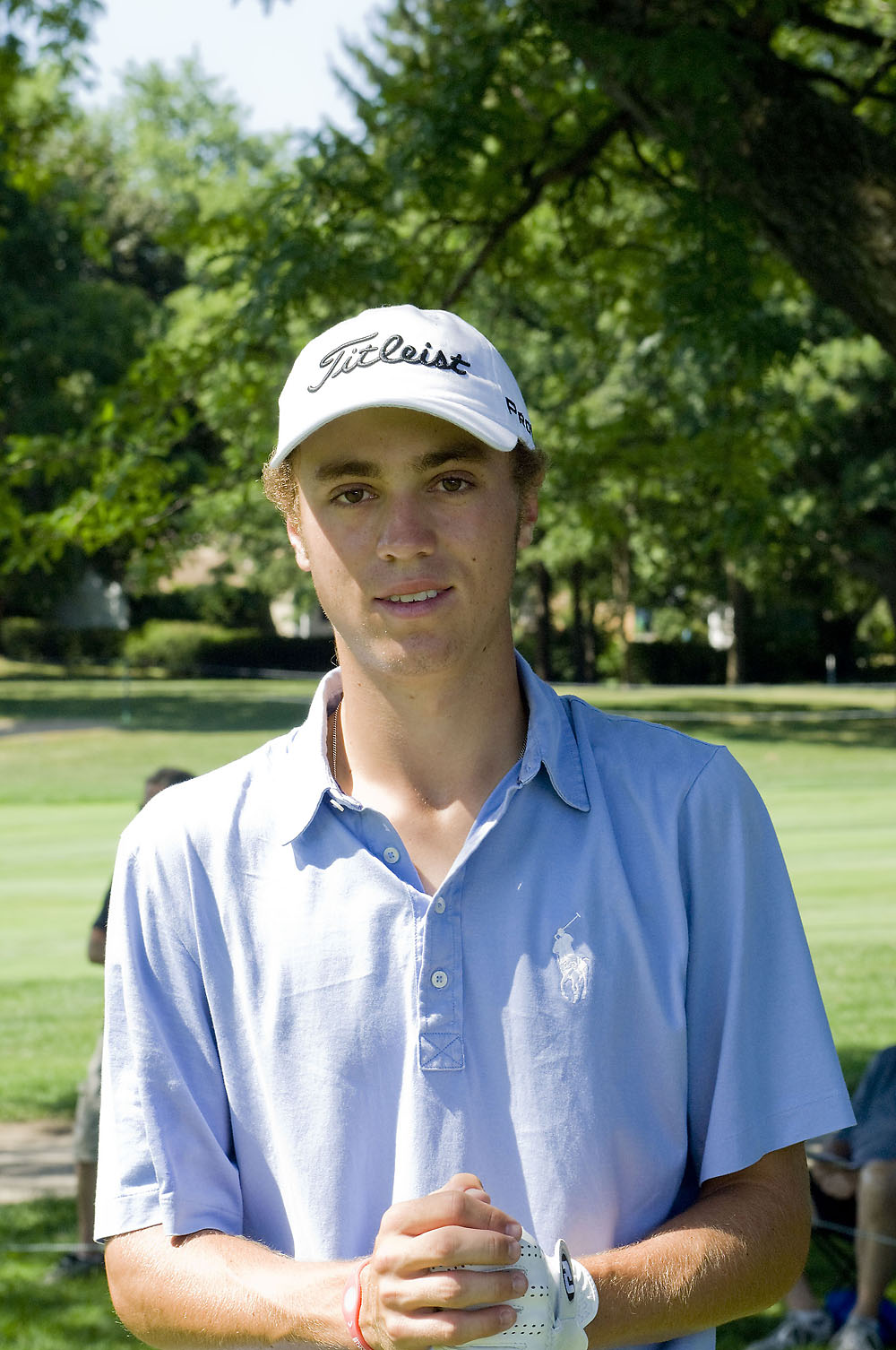 Bama star has been a winner since age 8

by Bucky Gleason, The Buffalo News

LEWISTON — The ball rack rests in the pro shop at Harmony Landing Country Club back in Goshen, Ky. It’s a trophy case of sorts for Justin Thomas, who after every tournament victory gives the ball from his final putt to his father. Mike Thomas marks the occasion and files it away.

“He writes my score, what tournament and the dates,” Justin Thomas said Wednesday. “When I’m done, if I won the tournament, I know to put that ball in a little different place in my bag because I’m going to have to hand it over to Dad for him to write on it. It’s kind of a cool little thing that we have.”

Mike Thomas, master professional at Harmony Landing, had the foresight to begin the practice after it became obvious his son was going places. Justin was still in diapers when he started hitting balls with cut-down irons, barely in kindergarten when he proved he could draw or fade the ball on command.

Thomas has a ball from 2001, when Justin won his first U.S. junior event. He followed a 7-under 29 for nine holes in the qualifier with a full-round 69. OK, so he was hitting from shortened tee boxes they used for the kids. Then again, he was only 8 years old. It also was right around the time he first broke par at Harmony Landing.

“I remember watching [the qualifier] and saying, ‘This is ridiculous,’” Mike Thomas said by telephone. “He only won by one, and I was shocked. It was a wakeup for me. I remember when he was 20 months and was consistently getting balls up in the air. It was crazy. He wanted to hit balls like the adults hit balls.”

Actually, Justin was determined to hit balls better than the adults hit balls. He was about 12 when he beat his father, an accomplished player, for the first time. Their standing $1 wager has since disappeared. Obviously, his father understands finances the way he understands golf. “He just drills me,” Mike Thomas said.

Justin still remembers when he made his first hole-in-one, with a driver from 144 yards, on his home course. Free drinks for everyone?

Thomas, 19, is now on his third ball rack. He has won 123 amateur tournaments on all levels. He’s hoping for No. 124 this week at the Porter Cup, one of the top amateur events in the nation. Thomas, who entered the four-day tournament as the sixth-ranked amateur in the world, shot a 1-under 69 in the opening round.

His mother, Jani, drove six hours from Columbus, Ohio, and arrived at Niagara Falls Country Club just in time to caddy for him Wednesday. He played with Stanford sophomore Patrick Rodgers, the defending champion, and South Carolina freshman Matt NeSmith. Thomas remains in good position after leaving several shots on the course.

He was cruising at 3-under par going into No. 13 before narrowly missing three straight birdie opportunities inside 10 feet. It left him irritated when he reached No. 16, a difficult 215-yard par 3, and hit an errant tee shot that landed out of bounds. It led to a double-bogey, the only blemish on his scorecard.

“I easily could have shot 64,” he said. “There’s nothing I can do about it. I have to realize why I was missing those putts and why I wasn’t scoring better. Build on that and get ready for tomorrow [today]. Whatever. There’s not much I can do now.”

Thomas is coming off a terrific freshman season in which he won the Haskins Award, given to the top collegiate player in the country. He was the first University of Alabama player to win in his college debut. He finished with five victories, shattering the Crimson Tide record, and was an easy choice for top player in the Southeastern Conference.

Thomas wants to keep rolling with the second-ranked team in the country. His 70.44 scoring average last season broke the school record. He shot par or better 25 times and had 14 rounds in the 60s. He is among the favorites to win the Porter Cup in his second appearance.

“It’s so hard because everyone is so good,” he said. “There are people who aren’t even ranked that can win because that’s how good amateur golf is now. If you win one or two a summer, it’s a great summer. It’s hard to come by and a huge honor when you do. It’s something you have to take and cherish when it happens.”

Thankfully, he has the ball rack to remind him. He added two and three balls per week before reaching adolescence, back when the smart money was on Justin Thomas over rest of the field. He was still winning, but his victories grew farther apart as he grew older and played against stiffer competition.

The depth of amateur golf across the country is greater than ever. A generation that became hooked on the game as young children, after Tiger Woods stormed onto the PGA tour, is now in its late teens or early 20s. Thomas is part of a strong core of college players who are expected to make an impact at the pro level.

For now, the PGA tour can wait.

Thomas plans to stay at Alabama for four years so he can mature and develop his game. He wants to make sure he’s mentally equipped to handle the demands that come with professional golf. He also wants to help the Crimson Tide win a national title, which would give him top individual and team honors.

In the 2009 Wyndham Classic, when he was 16, he was the third-youngest player to make the cut in a PGA tour event. The Haskins Award granted him automatic entry earlier this month into the Greenbrier Classic in West Virginia. He shot two rounds in the 60s.

It was an impressive showing, but not good enough to leave college. His grandfather, Paul Thomas, played on the PGA Tour and the Senior Tour. Mike Thomas was an excellent player and turned golf into good living at Harmony Landing. They knew Justin was something different, something special, something better.

The proof is behind the counter.

“We have openings,” Mike Thomas said. “We’ve got room for more.”