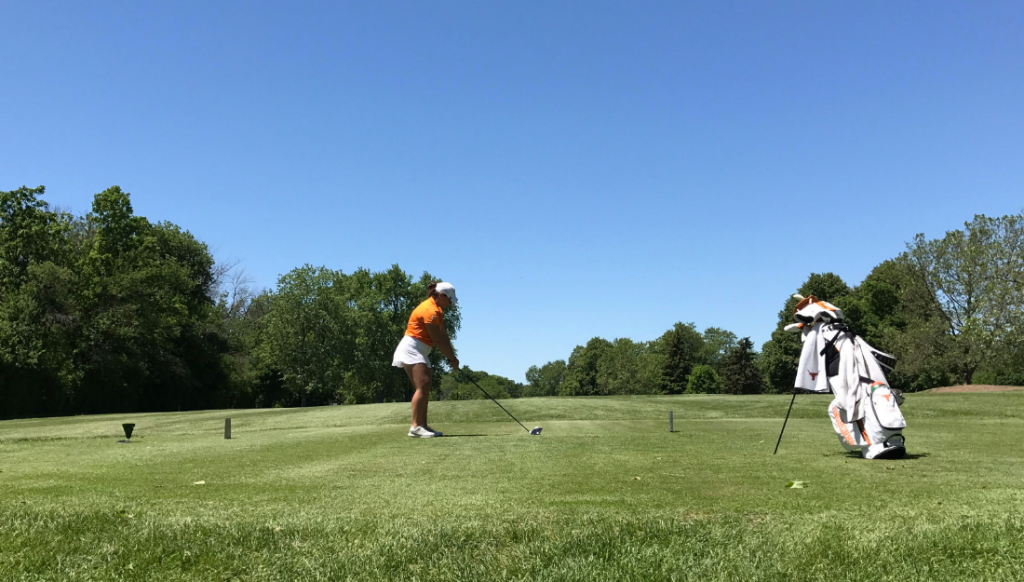 Nichols grad and Texas women’s golfer Maren Cipolla returned to competitive action after sitting out eight months due to injury.

Maren Cipolla hadn’t played a competitive round of golf in eight months.

Shortly before the 2016 Women’s Porter Cup, overuse finally turned a nagging discomfort in Cipolla’s left wrist into something more. She still played in the event, though, compounding the injury and finishing in an uninspiring tie for 58th place. Upon Cipolla’s arrival at the University of Texas for her first season on the women’s golf team, the Longhorns’ staff advised her to redshirt since the wrist wouldn’t heal in time. The Porter Cup’s seventh-place finisher as a high-school junior, and 2016 girls golf Prep Talk Player of the Year, Cipolla had to watch while the Longhorns finished the season ranked 18th in the country.

After six months of rehabilitation, Cipolla took her first competitive swing at 9:44 Wednesday morning on the course she lived a minute and a half away from as a 13-year-old first falling for the game. Her opening round at the 2017 Women’s Porter Cup at Niagara Falls Country Club may have transpired as one would expect for someone coming off a lengthy hiatus (Cipolla carded a six-over 78), but she’s finally back on a course, the one where it all started for her.

“She’s got a lot of support here,” said Cipolla’s father, Tony. “She missed playing, and to see a smile on her face – a few frowns – but it’s good.”

Cipolla got involved in golf late, relative to others in the sport, when she caddied for the men’s Porter Cup as a teenager and took a liking to playing herself. She carried the bag for Andrew Yun, a former Stanford captain and All-American who now sits 10th on the Web.com Tour money list. The Cipollas hosted Yun at their Lewiston home when he played in the Porter Cup, leaving a young Maren somewhat awestruck (the Cipollas have since moved to Williamsville, about 25 minutes away from the course).

Now Cipolla is a regular at Niagara Falls Country Club with an advantage over most of this year’s 72-player field, having played the course countless times before. Cipolla hit the ball straight on Wednesday, mixed in a handful of bombs off the tee and set herself up well for pars despite struggling to convert them. After her par putt on the fourth hole rimmed out, Cipolla dropped her putter against her waist, tossed her hands to her sides and left her mouth agape while staring at the ball beyond the hole. Three holes later, when a similar par putt veered wide, she muttered to herself, “Oh my goodness, it went this way,” while pointing at the ball’s path and looking back at caddie Fred Gadawski.

“She hit the ball very, very good,” said Gadawski, who is caddying for Cipolla for the fourth straight year. “Her putter just let her down. I can see her getting it around par the next two days.” 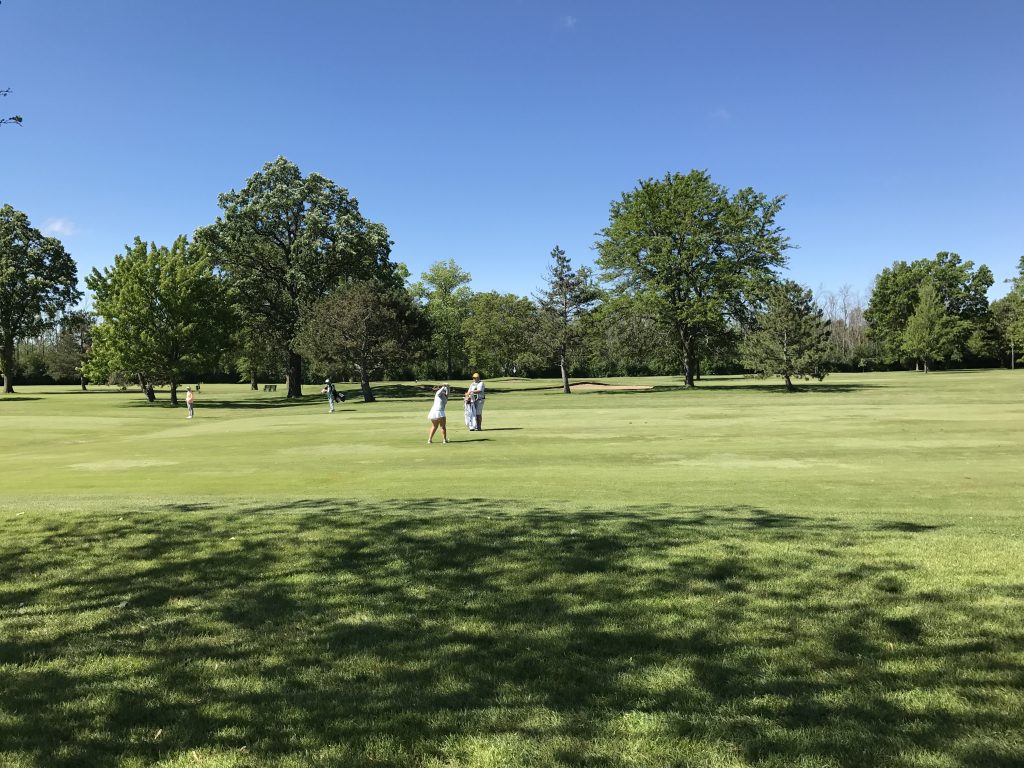 Maren Cipolla takes a swing from the fairway during the first round of the 2017 Porter Cup on Wednesday.

During her six-month rehab, Cipolla spent endless hours in the training room at Texas. In the beginning, she’d spend three or four days per week, sometimes more, either having a trainer work on her wrist or exercising it herself. The decision to redshirt was an easy one for the Cipollas, not wanting to start Maren’s college career by further compounding an injury that would cost her eligibility. The wrist feels “great” now, she said, and Cipolla even had a little piece of Texas at her side for her first round back. Tournament leader Maddie Luitwieler (70), Cipolla’s teammate who hails from Katy, Texas and made the flight to Lewiston to play herself, greeted Cipolla with a hug as she walked off the 18th green. A smile, which Cipolla flashed less often throughout the round than she might’ve liked, spread across her face.

After mingling with her personal gallery that topped out at six people by round’s end, Cipolla headed for the scorer’s tent while Tony left for work. “Nice job,” he said to her. “You’ll be fine.” Wednesday’s score may have been higher than her target of 75, but that feeling of contentment emerged now that Cipolla is finally back on the course.

“I could’ve done a lot of things better, but I’m not disappointed. I could be worse,” Cipolla said. “… It’s an adjustment getting back into competitive golf, but it just feels really good to be out here.”

Play resumes Thursday morning with the second round. Four players are one shot back of Luitweiler at 71, Naomi Ko of Victoria, B.C., Lauren Waller of Canonsburg, Pa., Anna Redding of Concord, N.C., and Linda Wang of Fresh Meadows, N.Y.