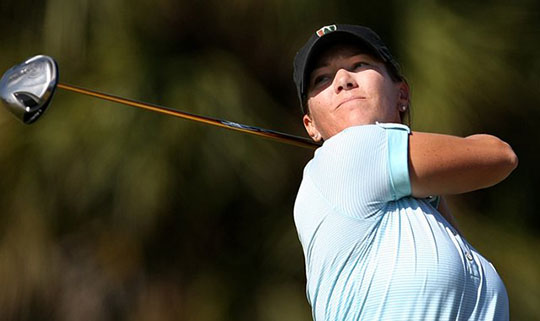 As of now, the women’s side of the game has about eight major tournaments during the summer. The Women’s Porter Cup, the Women’s Eastern Amateur and the Ladies British Amateur all take place this week. The U.S. Women’s Amateur Public Links Championship, scheduled next week in Norman, Okla., will go away after the 2014 championship. Brian Oakley, tournament director at the Women’s Porter Cup, hopes this event will replace the WAPL and grow into something more.

“If we do decide to move forward with the tournament, we’ll certainly look at the competition and adjust as best we can,” Oakley said.

The Women’s Porter Cup hopes to eventually become a regular tournament in women’s summer schedules. Organizers hope it will gain recognition – quickly – and the World Amateur Golf Ranking will see it as a tournament that needs to be ranked and become a major factor in the Curtis Cup selection process in years to come.

“We will take these 39 ladies and have them be ambassadors to the tournament . . . But you don’t know what you don’t know if you’ve never had opportunity to play the course,” Oakley said.

When the tournament was announced in December, the committee wanted a 60-player field with the top amateurs from the world to participate. By announcing the tournament six months in advance, and in the middle of the college season, only few players heard about the tournament. Instead of getting a full-fledged field, the tournament will feature 39 players.

Four-time U.S. Women’s Mid-Amateur champion, Meghan Stasi reached out to Oakley when the tournament was announced. She will be one of two mid-ams competing. Pepperdine standout Grace Na will make an appearance this week. Na, a two-time West Coast Conference champion, led the Wave to a 15th WCC team title in the 2012-13 season.

18 players are from western New York or Ontario, among them: Vanderbilt senior Rene Sobolweski, Michigan sophomore Catherine Peters and Pittsford native Kristin Powers, who will attend UNC Greensboro in the fall. That contingent will try and keep the title within 100 miles of the tournament destination.

“We knew it was the best word of mouth,” Oakley said. “It was to our advantage to reach out to local golfers.”

The course will play at 6,189 yards and par 71. The fifth hole, typically a par 5 for women, will be moved up and played as a par 4. The 17th hole is being pushed back beyond the water and will be played as a par 5.

Niagara Falls Country Club also will play long – at least Wednesday – as Lewiston received “lots and lots” of rain, superintendent Khlar Holthouse said. Holthouse wouldn’t specify how much but said the greens are soft and the fairways are soaked.

Regardless, history will be made at Niagara Falls CC, as it will crown the Porter Cup’s first women’s champion Friday.