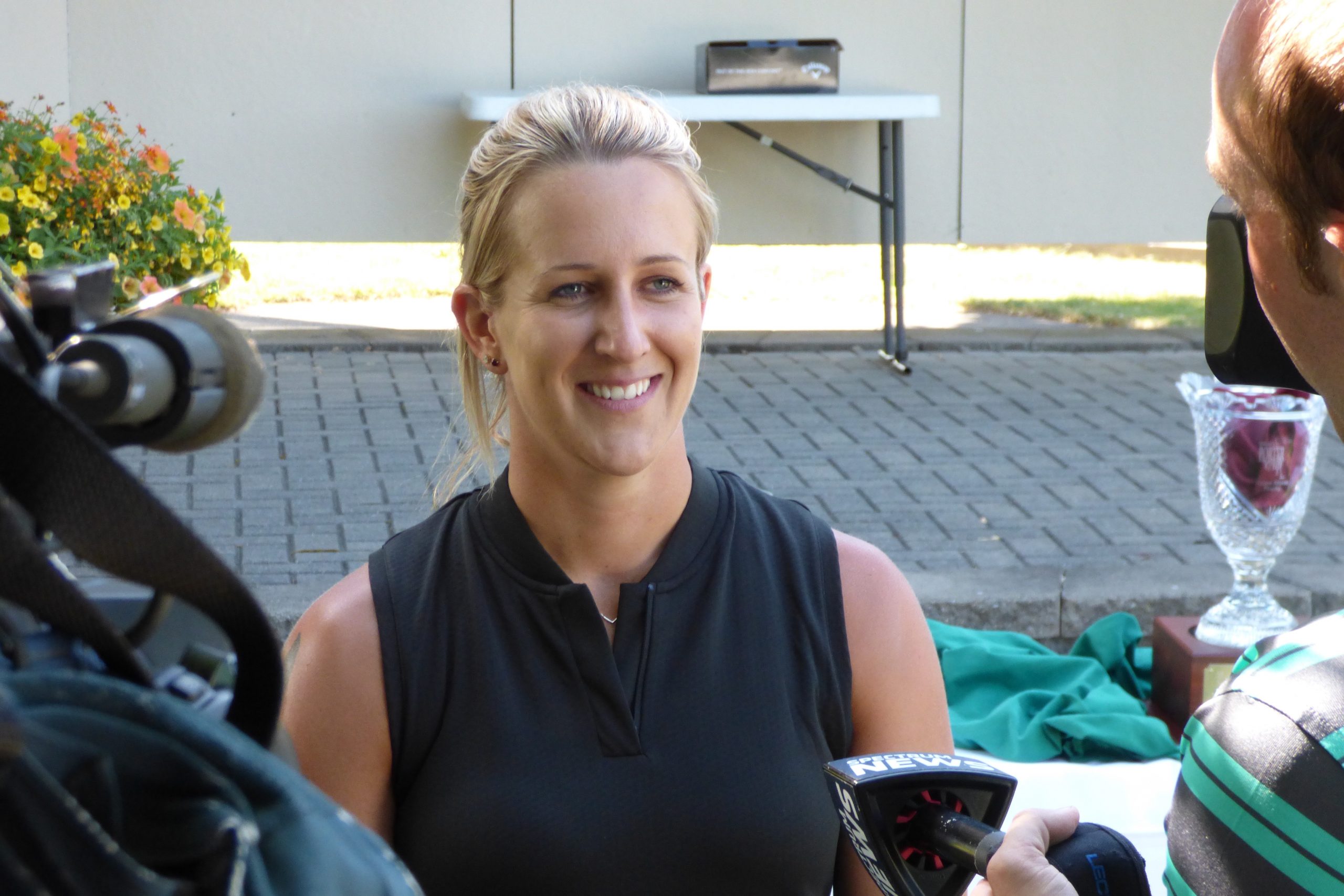 People have said, “If you fail, try, try again.” For Zoe-Beth Brake, that’s exactly what she did.

There have been six Women’s Porter Cups and Brake has played in all of them. Friday evening at Niagara Falls Country Club, Brake, an Ohio State University graduate, finally reached the top and won the WPC.

Brake, who was born and raised in New Zealand, finished the three-day tournament with an 8-under 208 (71-70-67) and completed round three with five birdies. No birdie putt was sweeter for Brake than on hole No. 18 where she nailed a lengthy putt to cement her status as champion.

Brake was speechless following the win and visibly excited.

“I don’t even have words for it,” Brake said. “I’m so happy, and not even for myself, but the people here. They’ve always been so supportive of me and everything like that. … It’s just an amazing tournament to win.”

Brake added, on the birdie at No. 18, her putting had been stellar all week and after missing a short birdie putt on No. 17, she expected to roll a nice putt to end her tournament.

The champion said her motto all week was to stay calm and collected and just try to have fun. She added she hadn’t played a competitive round of golf since last year’s Women’s Porter Cup.

Brake has a storied past, as she joined the New Zealand Navy six months out of high school. After two years in the Navy, Brake ventured to the United States where she played college golf for Ohio State University. Brake currently resides in Ohio and said she’s currently working and plays golf when she wants.

“It’s hard to put into words the champion for this year, because everybody has grown so fond of her for a lot of different reasons. … This young lady was one of my first recruits – first international player. She’s played in all six Women’s Porter Cups and … we’re very, very proud to have Zoe-Beth Brake as our 2018 champion,” Oakley said.

Brake said there’s a big reason she keeps coming back to the Lewiston classic every year.

“The people, for sure,” she said. “My host family, Jack and Dena Armstrong; everyone else here; Brian Oakley – he’s such an amazing guy.”
Niagara Falls Country Club looked in great shape for the golfers and Brake had nothing but praise for the upkeep of the course.

“Every year the course has gotten better and better,” she said. “They do small things that improves it. The fairways are amazing, and the greens are so good. I love the greens here.”

With six years of experience under her belt, Brake voiced a heavy praise for the WPC and recommended the tournament to amateurs.

“It’s an amazing tournament. This tournament is more than just a golf tournament. It’s the people, the golf course, the food – just everything about it – the Maid of the Mist, players dinner. The hospitality and the people here are just amazing,” she said.

Brake, whose highest WPC finish prior to her victory was fifth place, was followed by runner up Maddie Szeryk (5-under 211) of London, Ontario and Anna Redding (4-under 212) of Concord, North Carolina who finished third. 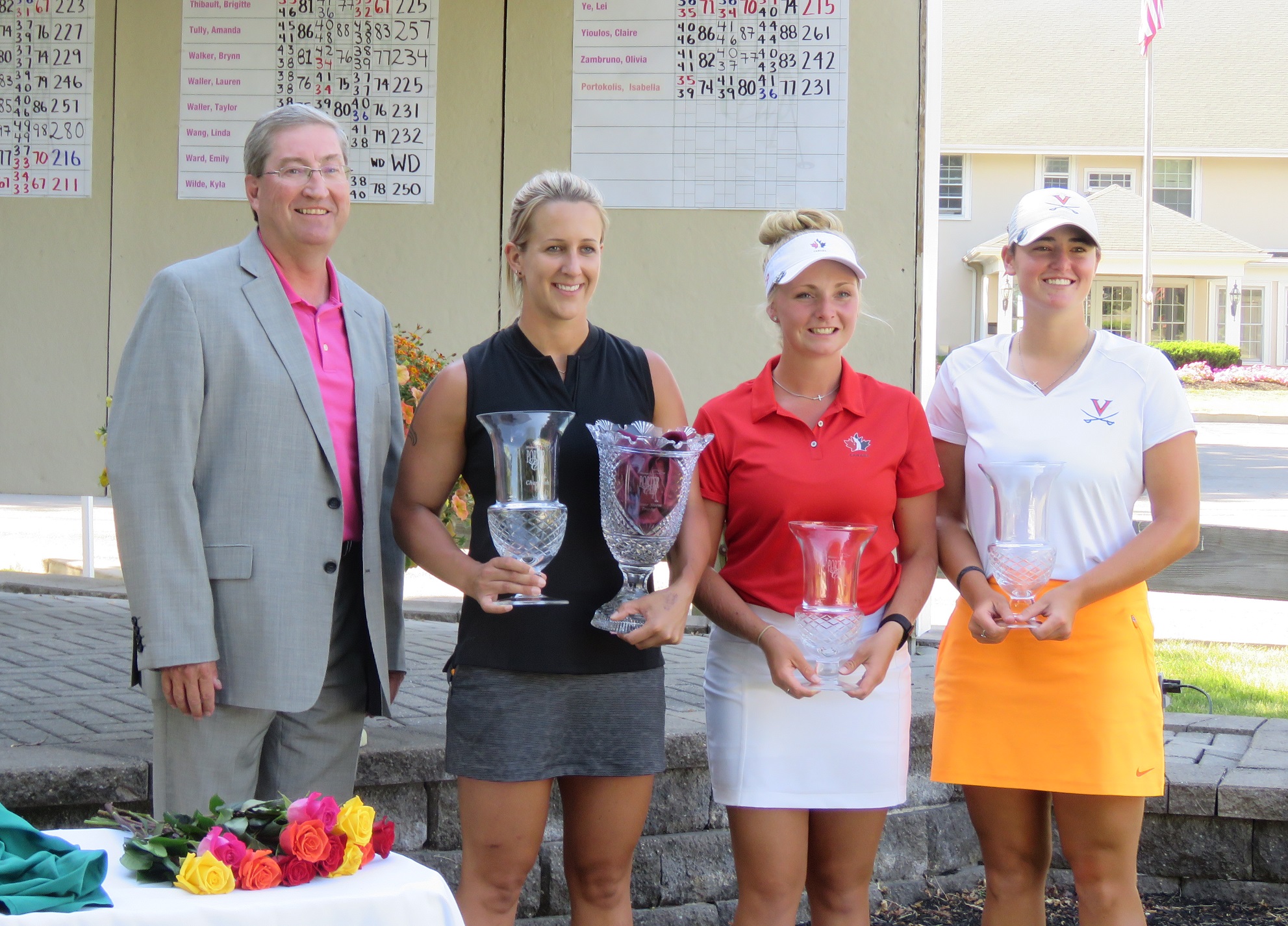 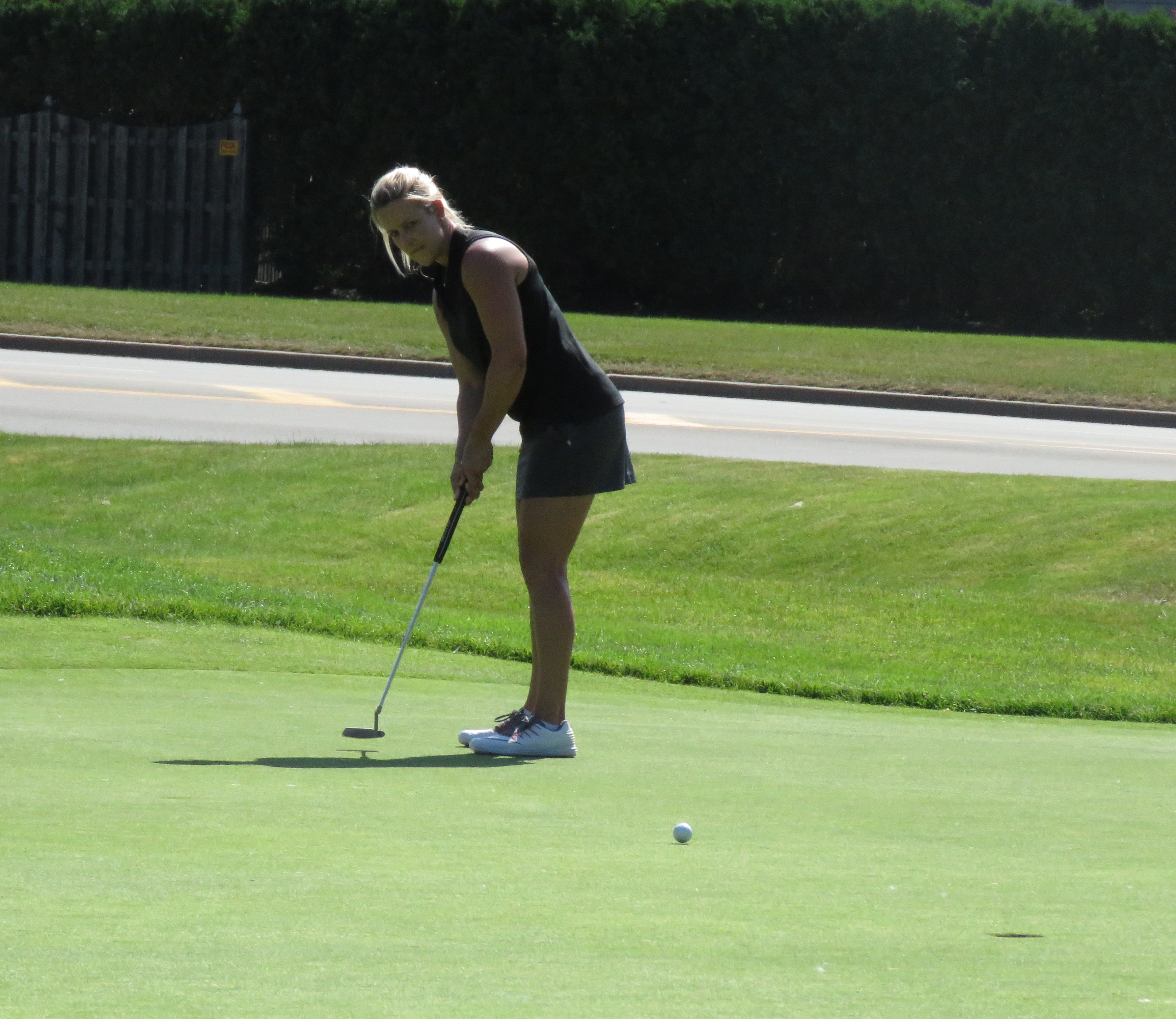 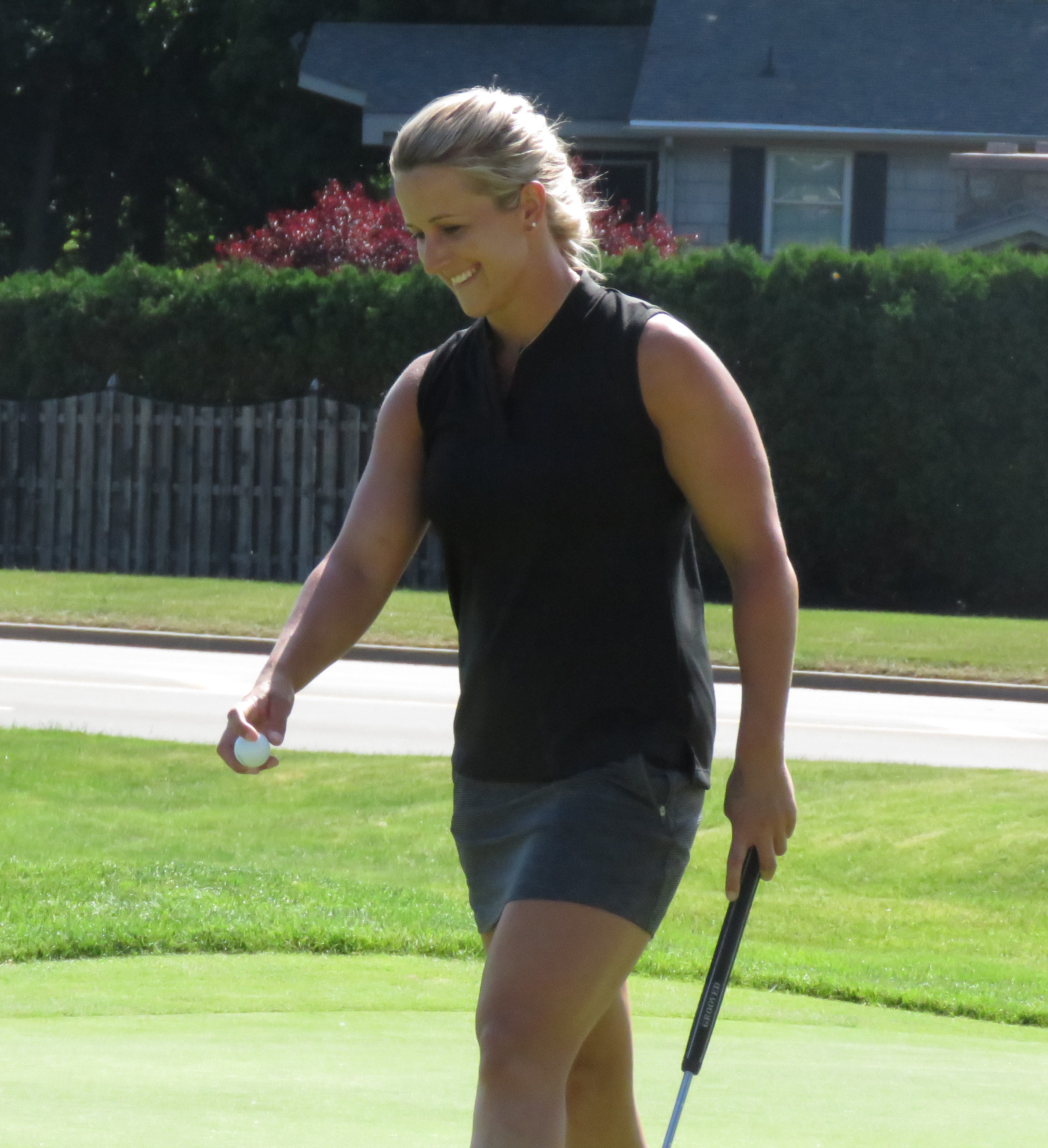 Brake expresses her excitement after sinking a birdie putt on No. 18. 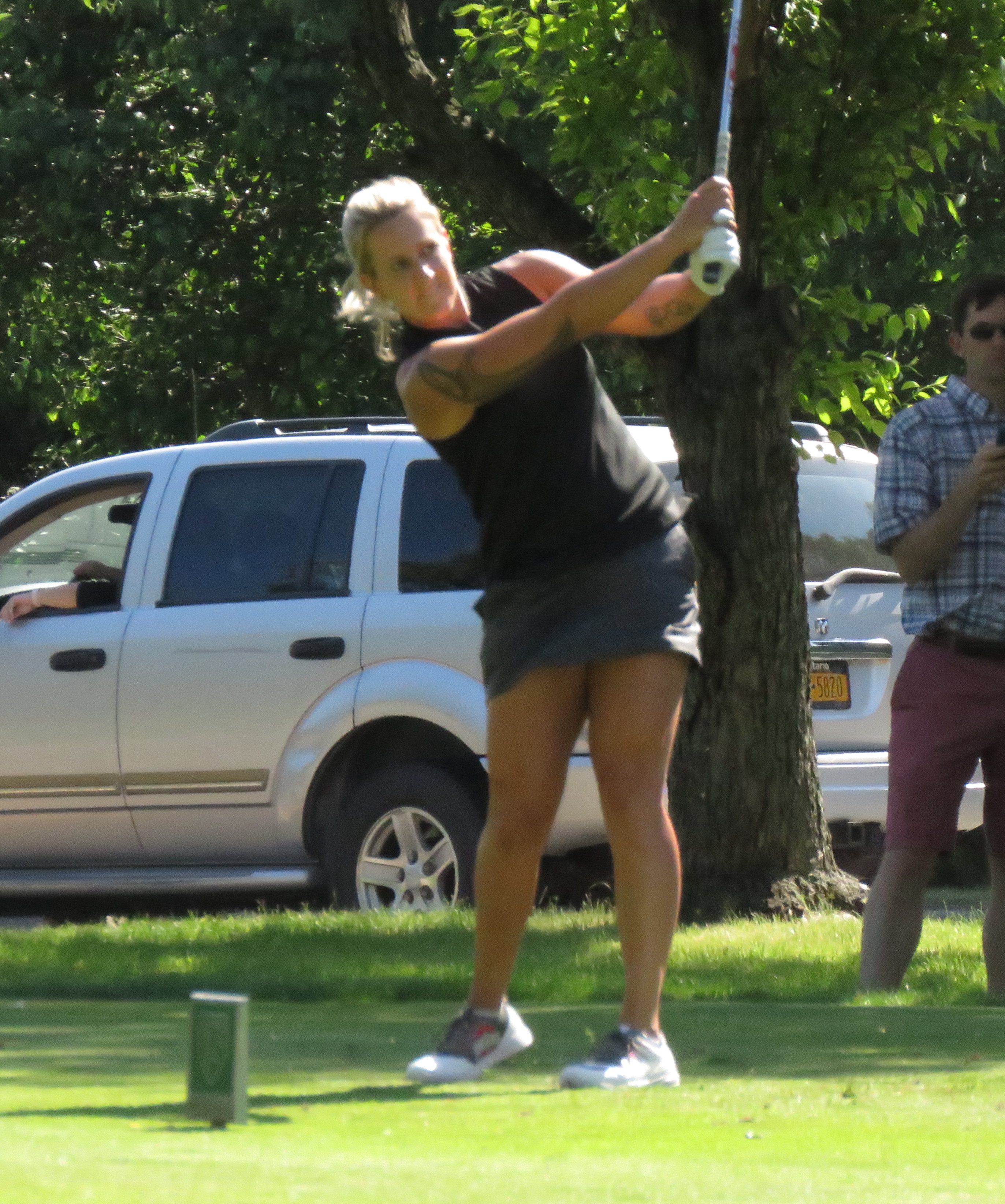 Brake tees off on the hole 18 at Niagara Falls Country Club.